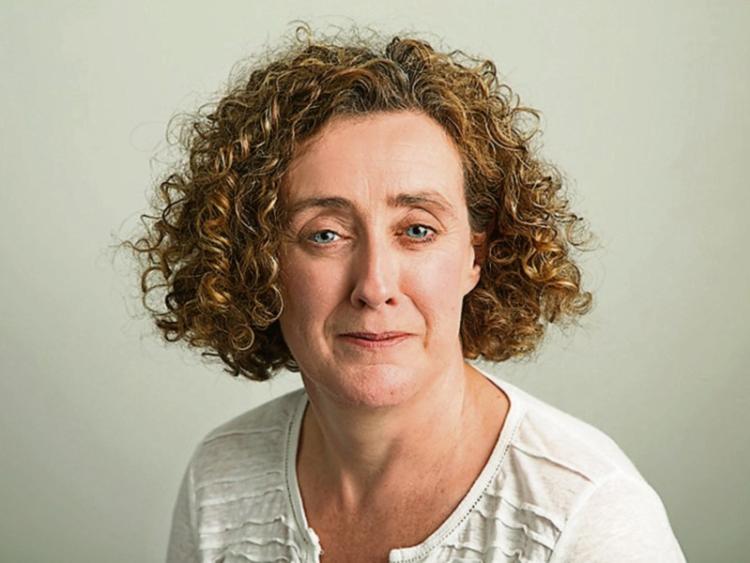 Nomad Players brings Neil LaBute’s powerful one-person play All the Ways to Say I Love You to the Moat Theatre on Saturday, October 3.

All the Ways to Say I Love You is a 2016 play by the sometimes controversial playwright and screenwriter Neil LaBute.

In it a decorated high school teacher recounts her experience with a favourite student from the past, an encounter which had — and continues to have — a shattering effect on her life. Neil LaBute’s powerful monologue was first performed off Broadway in 2016 starring Judith Light as Mrs Johnson.

Nomad Players is Eilish Rafferty and Maeve O’Donovan. Taking turns to direct, the pair specialise in one-person monologue plays with a dark side.

In All the Ways to Say I Love You, Eilish directs Maeve, who plays Mrs Johnson, the teacher who loves to teach.

Eilish is from Naas and Maeve from Tullamore; between the lockdown and the subsequent #LOKdown, the play was rehearsed almost exclusively by Zoom.

“Zoom worked well for us because there is just one character and there is not a lot of movement to be worked out,” said Eilish. The two women, who formed Nomad Players in 2019, have really missed live theatre over the last seven months and are very much looking forward to a performing in front of people they can see and hear.

“There comes a point when a play needs and audience, and this play does more than most,” said Eilish. “Mrs Johnson needs her audience to take part in the exercise she is carrying out, just as a teacher needs to the class to get involved. She is looking for feedback and approbation.”

The running time is approximately one hour.

The Moat Theatre has established a strict protocol designed to keep audience members, cast and crew safe. To minimise mingling, there will be no interval.

Audience members will be seated at tables, each booking party having its own table. Capacity is therefore seriously limited, and patrons are advised to book early to avoid disappointment.