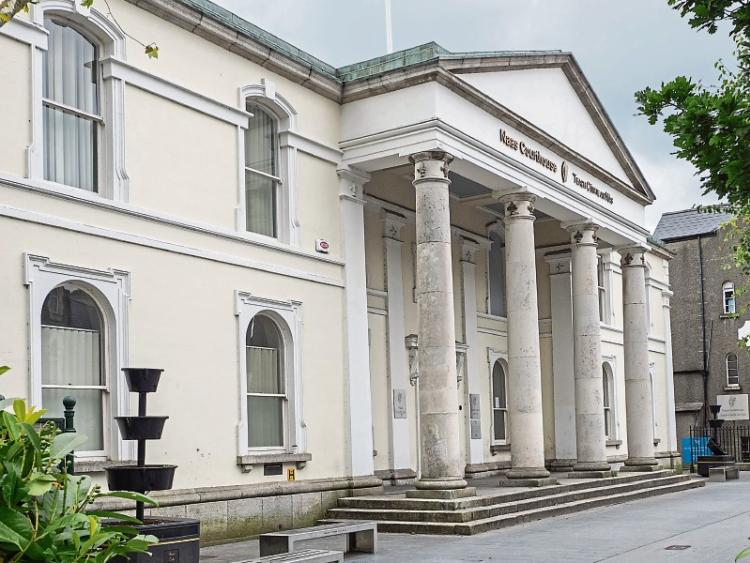 The case against a man charged in connection with an alleged attack on a Newbridge man was adjourned again at Naas District Court today.

Brian Ibe, whose address was given as 35 Moore Park, Newbridge, and no fixed abode,  is alleged to have entered that address as a trespasser and committed an arrestable offence and assault causing harm on April 28.

He appeared via video link from Cloverhill Prison.

Sgt Brian Jacob told the court that directions on the future course of the matter  will be provided by the Director of Public Prosecutions office in two weeks.

Sgt Jacob said that the post mortem report in the case could not be completed until a toxicology report was concluded and made available.

He said that both reports are available and so he sought a two weeks adjournment.

He recalled that bail was refused in the district court and a subsequent bail application in High Court did not proceed.

He said it was withdrawn because if it succeeded it would have amounted to a “pyrrhic victory” if the  State then produced an additional charge.

“I believe a week would be enough time,” he said, adding the defendant deserves an opportunity “to know what he is facing.”

He said the defendant is currently facing allegations of assault and burglary and if another charge is forthcoming this would be done in a week's time.

Judge John Cheatle adjourned the case until September 3 when the defendant will again appear by videolink.