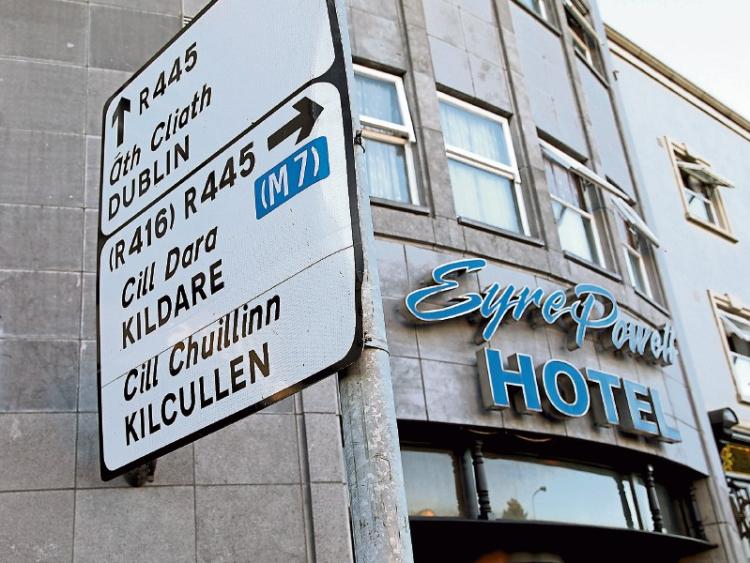 Concerns are mounting from the Movement of Asylum Seekers in Ireland (MASI) about the future of residents in Newbridge’s Eyre Powell direct provision centre.

MASI representative Lucky Khambule says that the residents are mostly still in isolation, which is finishing later this week — a fortnight after they were tested for Covid-19.

He said: “They are still worried about the overcrowding situation that they find themselves in. There is no clear indication from the Government in terms of safety measures that they are putting in place. They are really worried about this.”

Mr Khambule says that three people living in a room is ‘not acceptable.’

He said: “When you see the size of these rooms, it is less than a metre. If they can’t find a single room, then at least two people in a room. There are not many people left at Eyre Powell now.”

According to Mr Khambule, a woman with children who tested positive in a Monasterevin direct provision centre was moved on Saturday night to Citywest in Dublin, where Eyre Powell residents at risk of Covid-19 infection were taken a week and a half ago.

Following positive Covid-19 test results from workers at the Irish Dog Food plant in Naas who live in direct provision, Eyre Powell residents were tested for the virus and it emerged that a cluster had formed in the centre.

Mr Khambule is slamming the reaction of the State in dealing with people who have tested positive with Covid-19.

He said: “People are feeling that they are getting punished for getting Covid.”

Kildare South Sinn Féin TD Patricia Ryan is calling on the Minister for Justice to act swiftly to prevent the spreading of outbreaks of Covid-19 in direct provision centres in Kildare and Laois.

She said: “I have contacted the Minister for Justice to establish what efforts are being made to stop the spread of the virus in each centre and to the wider community, and also what safeguards are being put in place to ensure the human rights of the residents are protected.”

He says that applications need to be more ‘streamlined’ so that people are not waiting years for their applications to be processed.