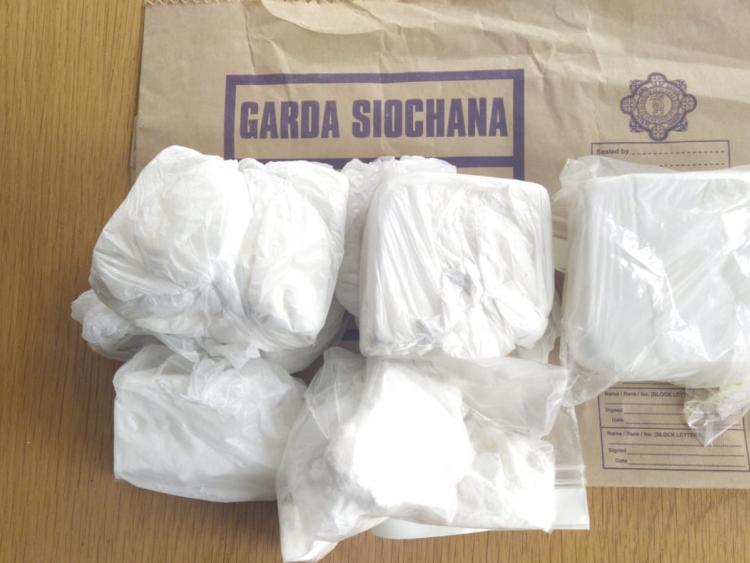 Some of the drugs seized in Leixlip on Saturday. Picture: An Garda Siochana

A large quantity of suspected MDMA and cocaine was siezed last Saturday, August 1, after a search by gardaí of a home in Leixlip, Co Kildare. A man has been arrested and charged and will appear before the courts later today.

At approximately 12.45pm, following an intelligence led operation undertaken by the Leixlip Drugs Unit targeting the sale and supply of drugs in the Kildare, Laois and Offaly divisions, a search operation was conducted at a house in Louisa Park, Leixlip.

During the course of this search, gardaí located and seized approximately €520,000 of suspected MDMA (pending analysis).

A man was later arrested at the scene by gardaí. During a follow-up search of the man's vehicle, approximately €80,000 of suspected cocaine (pending analysis) was seized.

A number of follow-up searches were carried out in Kildare and Dublin on Sunday, but no items were seized and no arrests were made.

The arrested male, aged in his early 30s, was detained at Leixlip Garda Station under Section 2 of the Criminal Justice (Drug Trafficking) Act, 1996.

He has since been charged and will appear before the Criminal Courts of Justice, Dublin, at 4pm this afternoon, Monday, August 3.