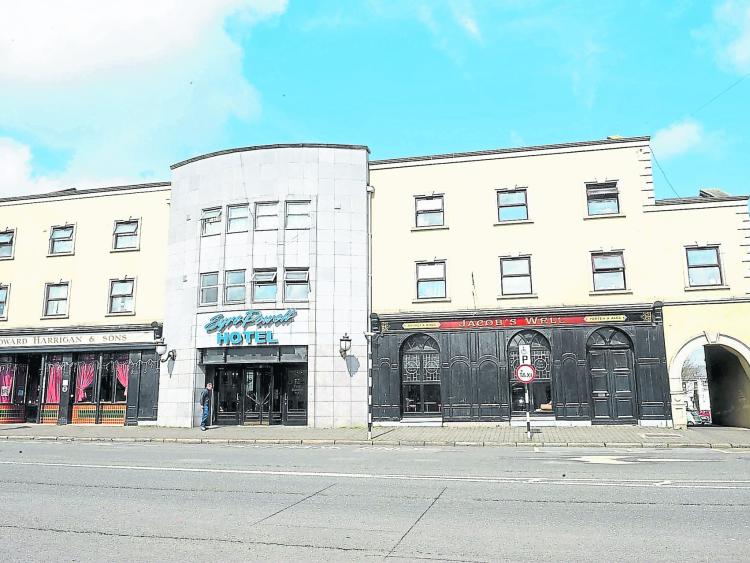 Over 20 people at a Newbridge Direct Provision Centre have tested positive for Covid-19, with families now removed to Citywest amid urgent calls to end overcrowding and put plans in place for improved accommodation.

Residents and their representatives have expressed concerns about conditions at the Eyre Powell in Newbridge, saying that three and four people are sharing a room.

Following positive Covid-19 test results from workers at the Irish Dog Foods plant in Naas who live in Direct Provision, residents at the Eyre Powell were tested for the virus. The Naas factory is now shut temporarily and a deep clean is underway due to the outbreak.

It is understood that families with young children have been transferred to the Citywest Hotel for self-isolation.

Lucky Khambule of the Movement of Asylum Seekers in Ireland, (MASI), representing the Newbridge Eyre Powell residents, said: “Currently with the Covid situation, almost 20 people have tested positive, the majority are negative.”

“Every day I am in contact with them. They are in small rooms, they are being forced to live like this, they are getting this virus, some are afraid to talk and some are talking.

"We are crying for Direct Provision to be abolished. The Government says they are treated with compassion, this is not enough. People need to be able to live without restrictions, and live within the community.”

Local councillor Chris Pender expressed concerns about the lack of space at Eyre Powell and the lack of a play area. He says that the HSE and Government need to take responsibility and end Direct Provision, and allow residents to work and live comfortably. Some people have been living at Eyre Powell for three years, he said.

Cllr Pender says that the outbreak of Covid-19 is highlighting the poor living conditions for those in Direct Provision. It is understood that during the lockdown, some residents were moved out of Eyre Powell to allow for social distancing, but at the time of the outbreak there were approximately 120 residents at Eyre Powell, with between three and four people sharing a bedroom and one bathroom.

One long-time resident of the Eyre Powell, a healthcare worker who did not wish to be named, is among many removed by taxis today from the Eyre Powell to self-isolation at Citywest. He says that he has had a negative Covid 19 result, and is self-isolating in a room. He was in contact with someone who tested positive for Covid-19 at the Eyre Powell.

He said: “After today, there could be 40 people moved to City West. The first people who were moved tested positive. Everyone is in their room; breakfast, lunch and dinner is brought to your room, there are nurses here to check the temperature. There is a garden to go outside, those positive and negative go out for a walk, at different times.”

He said: “At the Eyre Powell, there were three people sleeping in the room. The corridors are narrow. It is hard to live there, especially during the time of a pandemic.”

The resident of the Eyre Powell fears what will happen on returning there, and hopes that they will not return to overcrowding.

He said: “I would not want to go back to Eyre Powell, I had been looking out for a way to leave. I want a plan in place, even for the most vulnerable to have a room of their own. It is a tough environment. People are packed into their rooms, the children don't have anywhere to play.”

This is the first outbreak of Covid-19 reported at Eyre Powell in Newbridge.