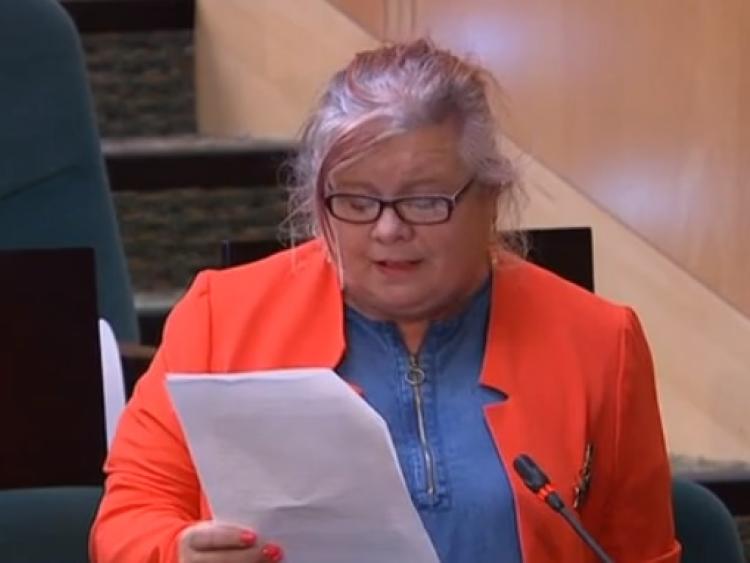 The long wait for a new school building for St Paul's secondary school in Monasterevin, and the overcrowding in its current buildings, was raised in the Dáil last night by Patricia Ryan, Sinn Féin TD for Kildare South.

Deputy Ryan also spoke of staffing shortages at St Anne's special school on the Curragh during her contribution to the Sinn Féin private members motion on the future of secondary education, which addressed the Government's plans for schools reopening.

The growing Monasterevin community has been waiting over two decades years for work to start on a new school. Students are currently squeezed into overcrowded prefabs at St Paul's location in the middle of Monasterevin. Plans for a new 850-pupil building at Moore Abbey in the town are at tendering stage.

"The plan to return to school mentions using existing space better," said Deputy Ryan in her speech. "Our schools are already at breaking point, with long delays in the schools building programme. St. Paul's school in Monasterevin is long overdue a new building. For more than 20 years, the school management has been doing its best, adding prefab after prefab and using the sports hall to host classes. Eighteen of its 27 classrooms are prefabs. Coláiste Íosagáin in Portarlington has almost 30 prefabs.

"I spoke in the House a number of weeks ago about St. Anne's special school in the Curragh and how an algorithm had decided it was to lose two teachers. I have been in contact with the Department of Education and Skills to seek a reversal of this cut. Unfortunately, the teachers who were let go have moved on, leaving a deficit of experience that cannot be easily replaced.

"I ask the Minister to revisit the back to school plan to ensure the voices of children of different abilities, and their families, are heard. She must liaise with those families because every time there is an announcement, they are left behind. That needs to change. We must fast-track the roll-out of broadband and ensure schools and pupils are provided with the technology required to do things differently. We need to ensure families in direct provision are given the supports they require to make sure they are not left behind."