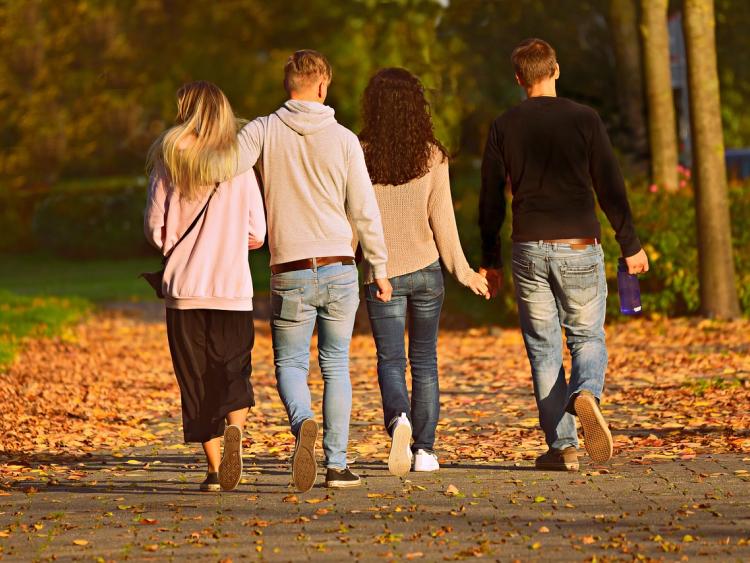 Using data from the Growing up in Ireland ’98 Cohort at 17 years of age, the research conducted by ESRI and funded by HSE Health and Wellbeing, identified 3 distinct health behaviour clusters among young adults in Ireland.

A number of individual and family-level factors were associated with cluster group membership:

“The research findings show that measures to promote both school engagement and a more positive school climate, while important for educational outcomes, are likely to have positive spill-overs for other aspects of young people’s lives, including health behaviours.”

The potential for schools to promote healthy behaviour has long been recognised. The research found that:

HSE Health and Wellbeing funded this research as part of their work to promote health under the Healthy Ireland Framework.

Helen Deely, Interim Programme Lead for HSE Health and Wellbeing said: “We know that patterns of health behaviour that can lead to chronic illness can be formed at a young age. This research is telling us that a positive school environment makes it more likely that young people will experience a sense of belonging and connection and less likely that young people will turn to risky health behaviours, such as using tobacco and alcohol or engaging in unhealthy eating patterns, to cope with their feelings of isolation and disconnection.

“In that context, we welcome the publication of the Wellbeing Policy Statement and Framework for Practice by the Department of Education and Skills which supports a whole school approach to wellbeing, and encourages school communities to reflect on their social environment and to consider how they might increase the proportion of young people that feel a sense of belonging and connection to the school."

“The HSE will continue to work in partnership with the Department of Education in relation to teacher training and resource development, to support wellbeing promotion in the school setting.  However, it is clear that schools are not the only influences on adolescent health.  The intergenerational transmission of smoking and drinking alcohol identified in this study reinforces the importance of supporting parents with managing their own health behaviours,” she continued.

“Preventing unhealthy behaviours taking hold in adolescence is more cost-effective to the State and life-enhancing for citizens, than dealing with chronic disease in adulthood. While policy and practice is moving in the right direction, redoubling efforts to ensure preventative interventions are in place in school and home settings is critically important.”