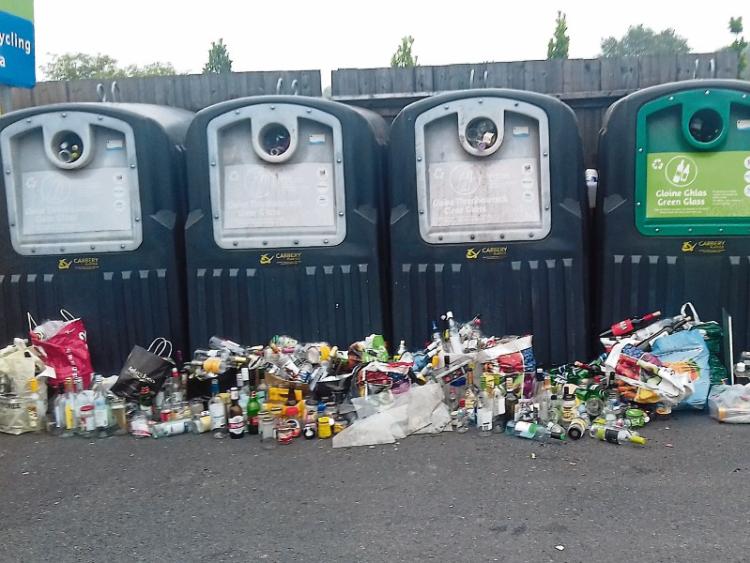 The bottle bank at Tesco in Naas this morning

The figures telling suggesting that some of us at least are knocking it back a little more at home is backed up by the number of bottles left at the recycle bank in Naas at the Tesco store, Blessington Road, Naas today.

And while overall alcohol consumption has fallen in overall terms, we’re going to the “offy” a bit more often because the pubs are closed.

Two weeks ago there was a similar scene at this bottle bank - and others.

However all of them were removed the same day.

This is no criticism of Tesco which is in the retail, not the recycling, business.

Tesco, to their eternal credit, at least make provision for a recycle bank as they do at their Monread outlet. No other supermarket does this in Naas on site.

Kildare County Council used to have one but it closed some time ago. It’d  make sense for the local authority to support the concept of recycling.

Either we cut back on the alcohol consumption or alternatively, maybe arrangements will have to be made to have the banks emptied more often.

Sure, people shouldn't leave the bottles there but they shouldn't have to make multiple visits until there is room at the inn, so to speak.