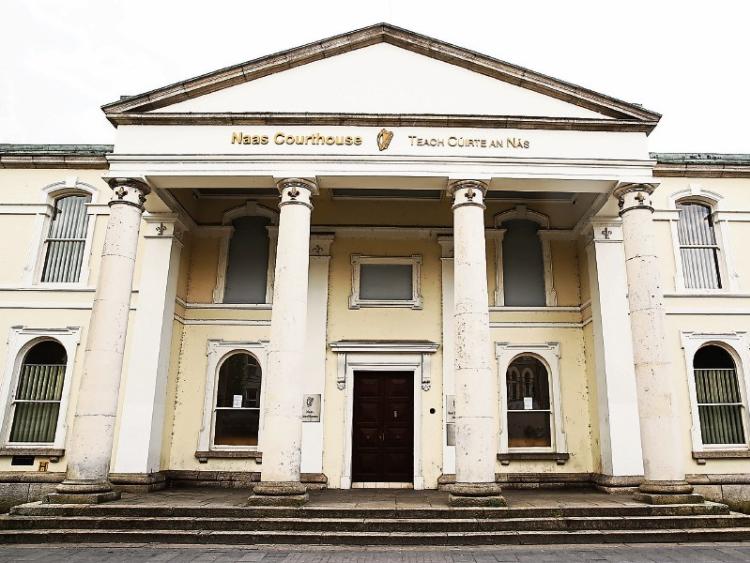 A man has appeared in court in connection with alleged involvement in an armed raid on a security van near the AIB branch in Clane last year.

Graham Doyle, 36, whose address was given as Apartment 11, The Iona, Prospect Hill, Finglas, faces allegation of having a handgun with intent to commit an indictable offence at Main Street, Clane on May 30, 2019.

Garda Darren Moulton told Naas District Court today that the defendant made no reply when the allegations were put to him.

The court was told that €50,000 was stolen during the incident.

Gda Moulton said that an application for bail was being opposed.He said it was being alleged that the driver was threatened by the defendant , who was wearing a cap and sunglasses and took the cash box from the vehicle.

He said he did not know if the handgun was real or an imitation model.

He said bail was also being opposed because of the existence of evidence linking the defendant to the alleged incident and, if convicted, he believed a custodial sentence would be imposed.

It was claimed the images showed the defendant on the street near Jones’s pub and he had a gun in his hand.

Defending barrister Karla Ray said the CCTV footage in the case is very vague and the defendant “is not seen in it.” Ms Ray added that the defendant has made no admissions and maintains his innocence.

Applying for bail, Ms Ray said there is no valid basis to demonstrate that the defendant would commit an offence and he would abide by any curfew or signing-on conditions at a garda station.

“There was no evidence he was present. He will be fighting this and has every intention of appearing to assert his innocence,” Ms Ray said.

Refusing bail, Judge Desmond Zaidan said the State's objection is sustainable in law. The case was adjourned until June 24.