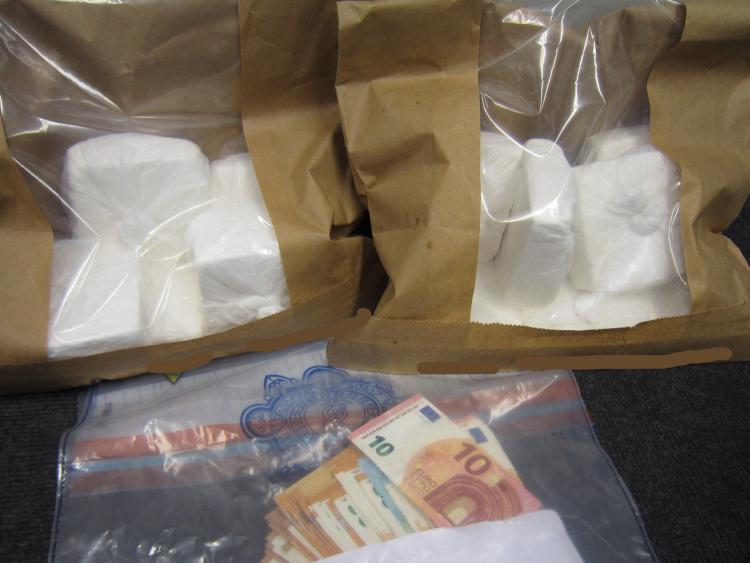 A man in his 50s, who was arrested in Kill, Co Kildare, last Thursday, in connection with a large drugs find was before the Criminal Courts of Justice this Saturday, May 30. He was remanded in custody and is due to appear before Cloverhill District Court on Tuesday, June 2.

Gardaí from the DMR West Divisional Drugs Unit, investigating the sale and supply of controlled drugs in West Dublin and Kildare, carried out a search of a car in Portlaoise and a house in Kill last Thursday. They have charged two men arrested that day.

The man, in his 40s, arrested in Portlaoise appeared before Portlaoise District Court, on Friday morning last, May 29. He was released on bail and due to appear in court again at a later date.

The total value of cocaine seized between the two searches was estimated at €280,000. €245,000 worth of the drugs plus a quantity of cash was found in Kill.