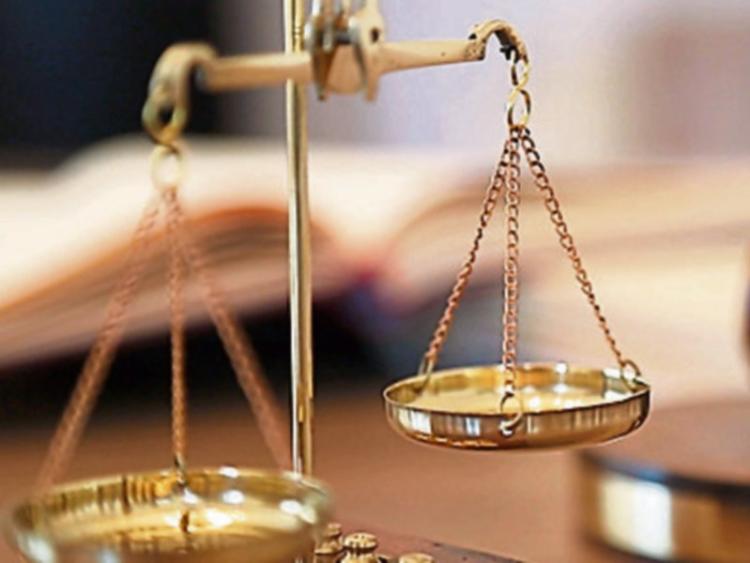 The case was adjourned

A man who has been charged in connection with an alleged attack on a Newbridge man appeared before a special setting of Naas District Court today.

Brian Ibe, whose address was given as 35 Moore Park, Newbridge, and no fixed abode,  is alleged to have entered that address as a trespasser and committed an arrestable offence and assault causing harm on April 28.

He appeared via video link from Cloverhill Prison.

Sgt Brian Jacob said that the injured party in the case has since passed away.

Sgt Jacob sought another  two weeks  adjournment saying that if a new charge is to  be preferred he would ensure that the 19 year old defendant appears in court.

“I have been asked to seek two weeks in custody,” he said.

However the application was opposed by defending solicitor Tim Kennelly, who said the defendant is not consenting to two weeks in custody.

“He has protested his innocence throughout,” Mr Kennelly said, adding the defendant was not in the house at the time.

He said that bearing in mind the charges the defendant currently faces, a remand of a week in custody “is more than sufficient.”

Mr Kennelly said the defendant maintains he had “nothing to do with it.”

He said the defendant has no previous convictions and no history of warrants.

Mr Kennelly said the defendant also had an application for bail before the High Court,  but this has been adjourned until next week because the deceased passed away the night before the hearing date.

He said if the adjournment is granted it should be made peremptory, meaning the case would have to go ahead on that date.

Judge Zaidan said the alleged circumstances have changed and a fellow citizen has lost his life as a result of an alleged incident.

He said it was only reasonable to allow the State extra time.

He also declined to make the adjourned hearing peremptory because it  would be “unreasonable and unrealistic” to expect the State to carry out a full investigation in 14 days.

Judge Zaidan also suggested the additional time could be beneficial to the defence.

Judge Zaidan adjourned the case until June 4 for directions from the Director of Public Prosecutions.

The next hearing will again be via video link. However Judge Zaidan said the defendant would have to appear in person if there are any new charges.