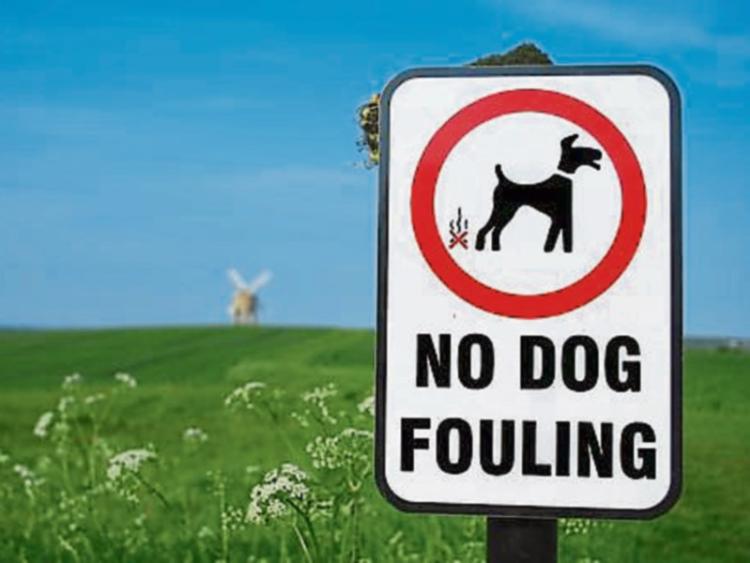 A combination of decent weather and more time because of the Covid-19 lockdown has meant that dogs are being walked more regularly — often at some of the more attractive locations such as the Naas lakes or the canal banks in Sallins.

“For the most part, responsible dog owners are continuing to ‘scoop the poop’ and binning it, however, our streets, canal walks and parks are currently being overwhelmed with discarded poop bags or the poop itself. This is unacceptable, unsocial and irresponsible.” said Naas Mayor Carmel Kelly.

Cllr Kelly noted that under the Litter Pollution Act 1997, it is an offence for someone to allow their dog to foul a public place.

A dog owner who fails to clean up after their animal supposedly faces an on-the-spot fine of €150, with a maximum fine of €3,000 for those convicted after failing to pay the fine.

However, she says the legislation is almost entirely unworkable because dog fouling cannot be effectively policed. “I appreciate in this uncertain time, this issue may not be high on our list of priorities, but surely we can continue to act responsibly when it comes to our streets, footpaths and parks.

“Now more than ever, we need to be able to walk and enjoy the outdoors while staying within our 2km radius, without worrying about what we are putting our feet or our buggy wheels into. We need to clean up, bin the bag or bring it home, so as to be mindful of other people and our environment.”

In the longer term Cllr Kelly believes education is the solution starting with visits to primary schools and this approach was successful in encouraging people to wear car seat belts and in discouraging smoking.

Other approaches could be considered such as obliging owners to submit their animals for DNA registration. This was done successfully in the Spanish town of Xativa, where the population exceeds the combined Naas/ Sallins total, in response to a chronic fouling problem.