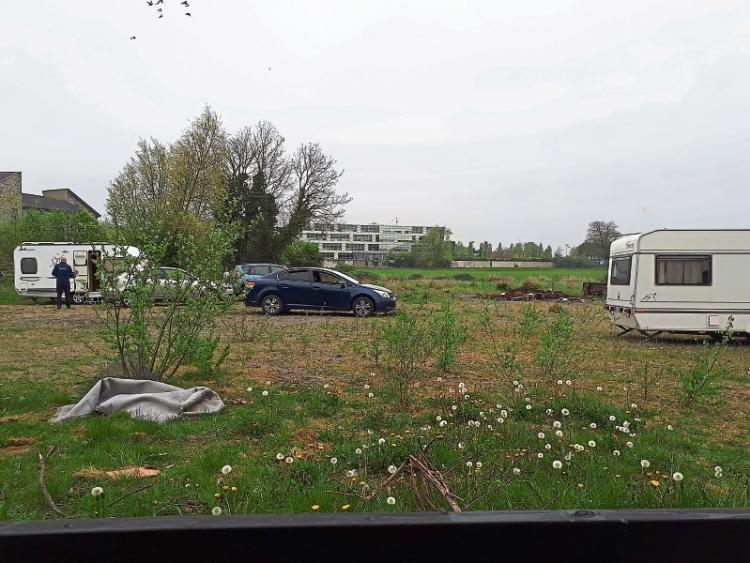 A garda speaks to a woman at the site in Naas

The gardaí are at the scene of a encampment in Naas this afternoon.

At least two caravans and a number of  vehicles have parked on a piece of waste ground off Rathasker Road, between the road and the four star Osprey Hotel.

The hotel business is closed, apart from guests staying for non-social or non-tourist reasons. 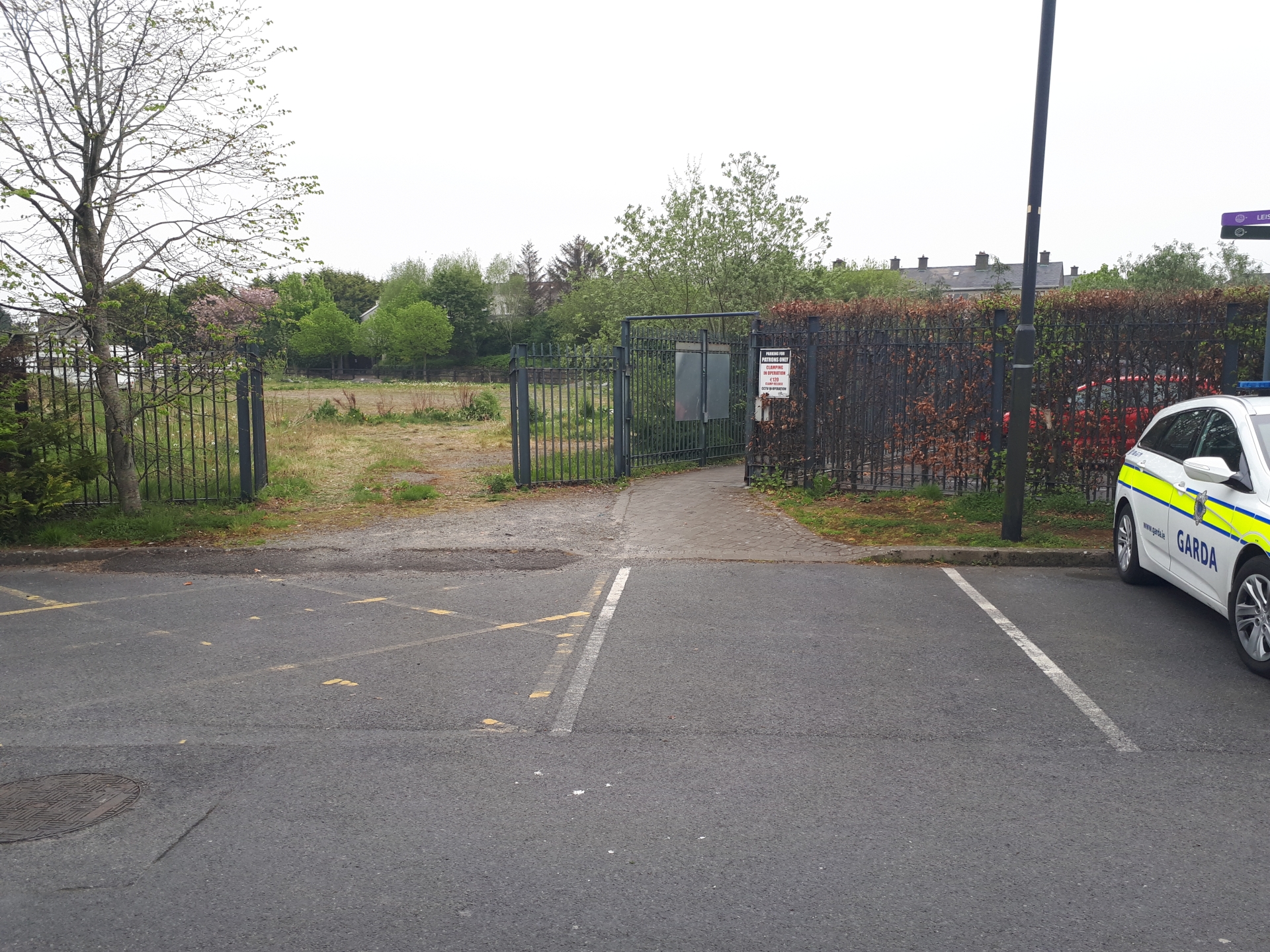 A gate leading to the site is open on both sides

A double metal gate leading to the site from one of the hotel car parks was open.

The Gardaí, an inspector and a sergeant, spoke with a number of people on the site and one could be heard asking a woman if anybody had authority to be on that land.

Another caravan is parked near an unopened roundabout on the nearby ring road at the entrance to land near Aras Chill Dara, the Kildare County Council offices. Two more vehicles were at that site yesterday (Saturday).

It is understood one of the  pieces of land concerned is owned by Kildare County Council.

There has been considerable criticism on social media of people moving on to land and parking caravans and other vehicles, at a time when the public has been warned about staying within two kilometres of home and to maintain social distancing to tackle the coronavirus outbreak.

Over 30 caravans and several vans and cars moved into the Curragh area two weeks ago during Covid-19 restrictions which allowed essential travel only.

The Department of Defence which has official jurisdiction over the Curragh plains, said it was liaising with gardaí on the issue but that it wasn't viable to move on the encampment due to restrictions on encampments being evicted during Covid-19.

A Garda spokesman said last night: "Gardaí and representatives from the Traveller Mediation Service have visited the campsites on the Curragh over the last number of days and have engaged with all Traveller groups camped there.”