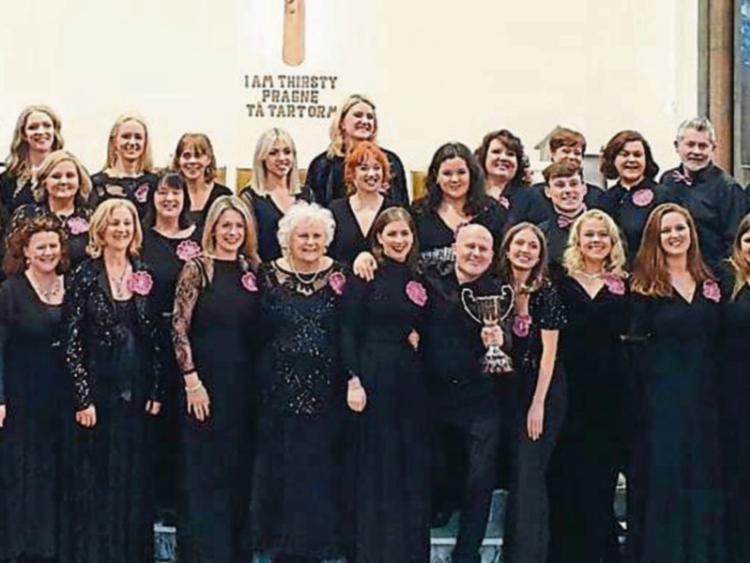 Some members of the ensemble

There was great excitement recently for popular Newbridge based choir, the Owen C Lynch Vocal Ensemble. Despite the ensemble participating annualy at several prestigious events, the group only performed in their first choral festival recently.

“We decided to partake in the Limerick Choral Festival 2020,” Owen said. “The standard was incredibly high with choirs from all over the country participating. We worked so hard in advance- and were absolutely thrilled when we were awarded first place in the prestigious Sacred Music competition.”

Even more rewarding for Owen was having his own composition ‘Laudate Dominum’ performed, which recieved the Special Adjudicators Award.

“I feel very privileged and honoured to work with such a hard working and dedicated group of people, I'm so proud of them all!”

Owen acknowledged festival organiser Dr Michael O Brien; the choir's accompanist, Irina Dernova and to the adjudicators Dr Bernie Sherlock and Dr Kevin O'Carroll for their kind words. He further noted the help of Owen Gilhooly, the choir's faithful supporters and thanks to Billy, Veronica and their support team.