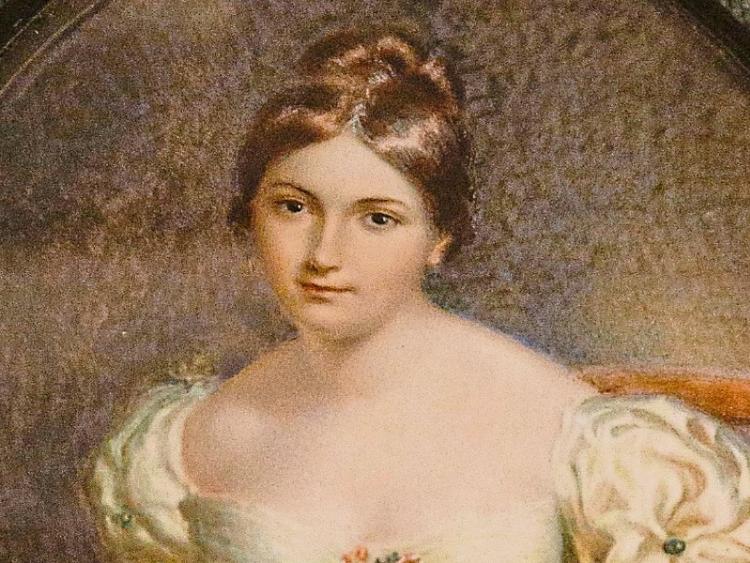 The Office of Public Works (OPW) and the Castletown Foundation will announce the official opening of The Lady Kildare Room at Castletown House, tomorrow Friday, March 6.

The newly renovated room, named after Lady Louisa Conolly’s sister, Emily Fitzgerald, Duchess of Leinster, who lived at Carton House, will showcase the recently acquired portrait of Emily by the renowned artist Sir Joshua Reynolds. The Room will also house an important collection of miniatures, silhouettes and drawings of predominantly Irish personages from the 18th and 19th Centuries which has been generously loaned by the Irish Georgian Society.

In January 2019, the OPW and the Castletown Foundation announced that it had bought a portrait of Emily by Sir Joshua Reynolds. They were supported by the Friends of the National Collections of Ireland.

The portrait was unveiled in Castletown House in Kildare on January 24.

The painting, which originally hung in the dining room of Carton House, seat of the Fitzgerald’s, is now displayed in Castletown House, once the home of her sister, Lady Louisa Conolly.

It was painted in 1774, when she was in London visiting her dying sister, Caroline, Lady Holland.  It shows Emily looking stately in a pink dress and ermine shawl, within a painted oval. She was 43 at the time.

The portrait was previously last displayed in Ireland in 1957 and had been hanging in the dining room of Carton House for many years, before being bought by the OPW, the Castletown Foundation, with support from the Friends of the National Collections of Ireland.

Emily had a fascinating life, and gave birth to 22 children with two husbands. Fourteen of her children predeceased her.

Born on October 6 1731, she was the god-daughter of George II and was the second of seven surviving children of Charles Lennox, 2nd Duke of Richmond and Lennox and Sarah, daughter of William Cadogan, Earl Cadogan.

On February 7, 1747, she married James FitzGerald, the first Duke of Leinster and was referred to as the “Queen of Ireland” for her role as a political influencer. After their wedding in London, the couple returned to Fitzgerald's native Ireland and resided in Carton House, Frascati House, Blackrock and Leinster House, Dublin.

Her son, Lord Edward, was a major figure in the United Irishmen, was injured during the Irish Rebellion of 1798 and died in prison of his wounds.