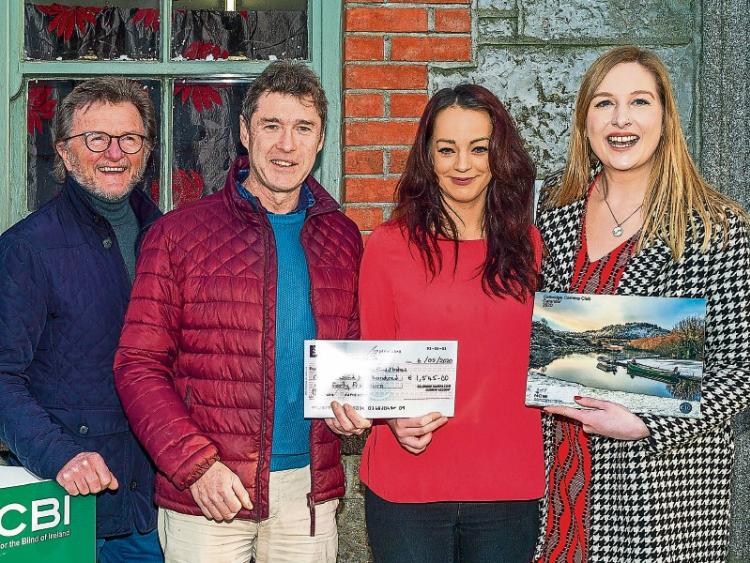 Celbridge Camera Club in north Kildare  recently presented a cheque to a major national charity following the sale of a calendar produced by its photo loving members.

A selection of shots by members were chosen for the calendar and the club was delighted with the response from the public.

A lot of work by club treasurer, Frank Butler, from Naas, was instrumental in getting the project off the ground, said CCC chairman, David Wolahan

Photographic scenes from Kildare and other parts of Ireland were used.

Before going on sale, the club came to an agreement with the National Council for the Blind that 40% of the proceeds would go to the charity, which also sold the calendar.

Club PRO, Michael Dooley, said the calendar was sponsored by local businesses and sold in shops in Celbridge and surrounding areas.

Recently a cheque for €1,545 was handed over to the NCBI at its Celbridge shop.

The shop received a proportion of the sales but also part of the percentage which went to retailers.

The calendar retailed at €10.

Club chairman, David Wolahan, said this was the first time the club did something of this sort. “We hope we will do another one next year.”

He thanked everyone for their support.