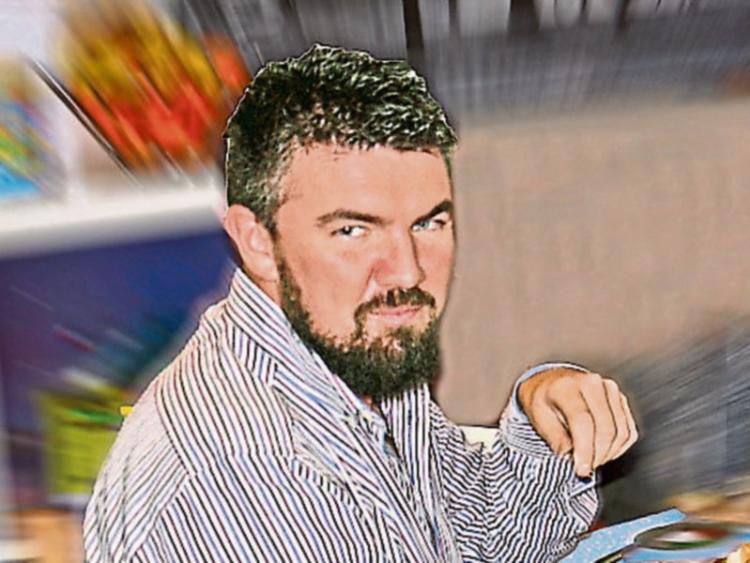 The late Kenneth O'Brien, whose body was found in a canal

The daughter of murderer Paul Wells Senior, who dismembered the body of Kenneth O’Brien and dumped it in a suitcase in the Grand Canal, has said her family are “devastated and disgusted” at what their father did and that it does not represent who they are.

“We are normal, decent people who are of good moral standing. As a family we stand with you in grieving for Kenneth and pray for him everyday,” Amy Wells told the Central Criminal Court during her brother Paul Wells Junior's sentence hearing today.

Ms Wells said Paul Wells Jnr wished to offer an apology to the O’Brien family if his actions caused them any distress as this was was never his intention. She hoped people could see the courage it took for him to go to gardai given how “evil” their father could be, she said. “We as a family are so sorry for not coming forward sooner to help with the investigation. We allowed fear to dictate our emotions,” she explained.

However, Kenneth O’Brien's father told the court in his victim impact statement that the "inaction" of Paul Wells Jnr in coming forward to gardai enabled his son’s murderer to attend his funeral. “There are no words which can describe how we feel about this,” he said.

Paul Well’s Jnr (33) was found guilty last November of impeding the apprehension or prosecution of his father Paul Wells Snr (51), who carried out the murder and dumped the victim's body parts in the Grand Canal.

Wells Snr, of Barnamore Park, Finglas in Dublin 11 was jailed for life in 2018 having been found guilty of murdering Mr O'Brien at his home in Finglas on January 15 or 16, 2016. Wells Snr admitted that, after shooting the 33-year-old father in his back garden, he had dismembered his body and dumped it in a suitcase in the Grand Canal.

Wells Jnr will be sentenced next week and his barrister asked the judge for a fully suspended sentence.

The trial heard that Wells Jnr disposed of the blood-stained chainsaw, which had a piece of "brown meat" embedded in its motor. It was the prosecution's case that the defendant did so knowing that his father had taken a life.

The father-of-three told gardai in his interviews that he did not know the STIHL chainsaw had been used to dismember Mr O'Brien's body and insisted he was just "putting the jigsaw together" when he threw the motor into the Royal Canal in Maynooth, Co Kildare.

Wells Jnr maintained throughout his interviews that he did not try to hinder the investigation and was afraid his father, who he described as a "glorified criminal", would shoot him.

The trial heard that Wells Snr was a "very violent" man, who in the past had tried to get the defendant to carry explosives and join the IRA. The killer also made threats from prison on the defendant's life and said if he did not put a bullet in his own son, "the IRA would".

Wells Jnr also confirmed to gardai in his interviews that his father drove him to the canal in Sallins on the night of January 16, 2016. The accused said he heard four splashes after the killer threw several bags into the water.

Furthermore, Wells Jnr told the authorities that his father informed him the body of a west Dublin man had been found on January 19, 2016. Gardai gave evidence in the trial that it was not publicly known where the deceased was from at this stage of the investigation.

The trial also heard that Wells Jnr went on his stag party to Latvia with his father, just days after Wells Snr had dismembered the victim's body. The accused also accepted over €11,000 in cash from his father but disputed it was payment to get rid of the chainsaw.

Amy Wells, the younger sister of Wells Jnr, told the court in her statement that her family would like to offer their condolences to the O’Brien and Dunne family. “We can’t imagine what both families have gone through with Kenneth being taken away in such a  cruel and barbaric nature,” she said.

“There is nothing we can say that will be of any comfort to you but please believe us that Paul Wells Snr is now living his own nightmare as he is now serving his sentence all alone. This is his crime but yet so many lives have been effected by it,” she continued.

She said her brother wished to offer an apology if his actions had caused the O’Brien family any distress as it was never his intention. “We as a family are so sorry for not coming forward sooner to help with the investigation. We allowed fear to dictate our emotions and with that it allowed Paul Wells Snr to evade prosecution for two weeks,” she said.

“Those two weeks felt like a lifetime for us so we can’t imagine how both your families must have felt. Paul Wells Snr took so much away from you and for that we will never forgive him. Regardless of the judge’s decision we are still glad Paul Jnr went forward and I hope people can see the courage it took for him to do so given how evil Paul Wells Snr can be,” she said.

She said her father had attacked Mr O’Brien’s character “throughout” the 2018 trial and spread many lies about him. “Kenneth was the pinnacle of what a father should be. He travelled thousands of miles to find work, so he could provide for his partner and child. We know he adored his son. We are truly sorry for all of you loss and wish you strength and peace and Kenneth will be forever in our prayers,” she concluded.

Earlier, Kenneth O’Brien’s father, Gerard O’Brien, read a victim impact statement to the court. Mr O’Brien said his son was murdered by Wells Snr on January 15 or 16, 2016 and it had been “four indescribable traumatic years” for his family and friends.

“The heartbreak is still impossible to bear. The death of Kenneth was made all the more traumatic due to the circumstances of his body’s treatment and recovery. To be told that our beloved Ken was dismembered and dumped into the canal like unwanted items or rubbish was so horrific, it is hard to articulate and put into words,” said Mr O’Brien.

He said January 19, 2016 is a night that will never be forgotten by them as they found out their “wonderful” Ken “was in fact a torso in a suitcase, discarded in the canal.” Mr O’Brien said it was six days later on January 25, when the rest of his son’s remains were found and identified and this felt like “a lifetime” for all of them.

“To describe the the horror and shock felt in those initial days or the trauma endured by us all is impossible. The news that he felt nothing and his death was immediate gave a bittersweet relief but for us those initial days and the toll it took on us will always be there,” he said.

Referring to Wells Jnr, Mr O’Brien said the information and time line heard during the trial revealed “that not only did Paul Wells Jnr suspect, and then have confirmed by a confession from his father of what happened to Kenneth, he had discussed it with other members of his family”.

Mr O’Brien said “this discussion led to a family decision of not coming forward which in turn led to Ken’s murderer being at large weeks after committing the crime”.

“Paul Wells Snr was arrested the Saturday after Ken’s funeral. As we buried Ken, Paul Wells Snr stood in our midst as one of the mourners. As a family, we cannot help but feel Paul Wells Jnr’s inaction in coming forward enabled Ken’s murderer to attend his funeral. There are no words which can describe how we feel about this,” he emphasised.

Mr O’Brien said it felt like the trial of Wells’ Jnr “dragged” them back to January 2016, when Wells Snr stood trial and they were reliving it again. “It sickens us that although admitting to the part Wells Jnr played in disposing of evidence in interviews, we were put through this trial. Once trauma is felt it cannot be taken back,” he said.

In summary, Mr O’Brien said that whatever the outcome, Wells Jnr will be able to continue on with his life in the future. “Unfortunately for us we have a life sentence without Kenneth,” he concluded.

Ms Justice Stewart remanded Wells Jnr on continuing bail until February 17, when he will be sentenced.