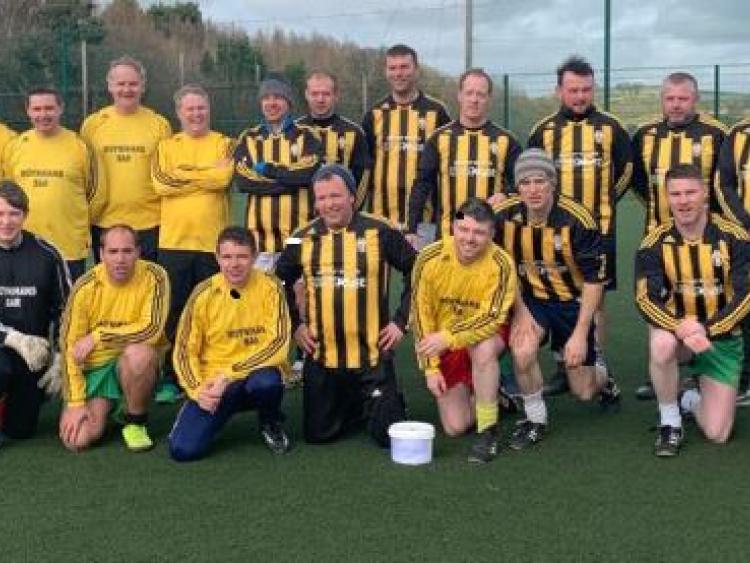 The family of the late John O'Neill will host a fifth soccer game, the John O'Neill Memorial Cup, on Saturday week, February 15, with proceeds in aid of Pieta House.

The event will be hosted at the astro turf pitch in Blessington GAA Grounds, commencing at 2pm.

As always, brothers Billy and Richie O'Neill will captain a team each with Chrity Browne and Billy Loughlin 'mentoring' the two teams. The late John died tragically in February 2015; an ace soccer and GAA footballer, his parents Mary and Pat decided on an annual soccer contest to be be held, and one to be played in John's own 'competitive nature with a bit of devilment'!

“Again, we will be supporting Pieta House this year” said Mary O'Neill. “This is the fifth year of the match; and it's two wins apiece to date for Billy and Richie so all to play for!”

Mary added that presentations will be made in Paddy Murphy's on Saturday evening, February 15 after his anniversary mass in the Church of the Immaculate Conception, Ballymore Eustace at 7pm.

“As always, his many friends and sporting colleagues are welcome to the game and the presentations that evening. It's a fitting way to remember John,” she said.

“Music is by George Washington, with a bumper raffle also. We can mourn and celebrate John at the same time”.