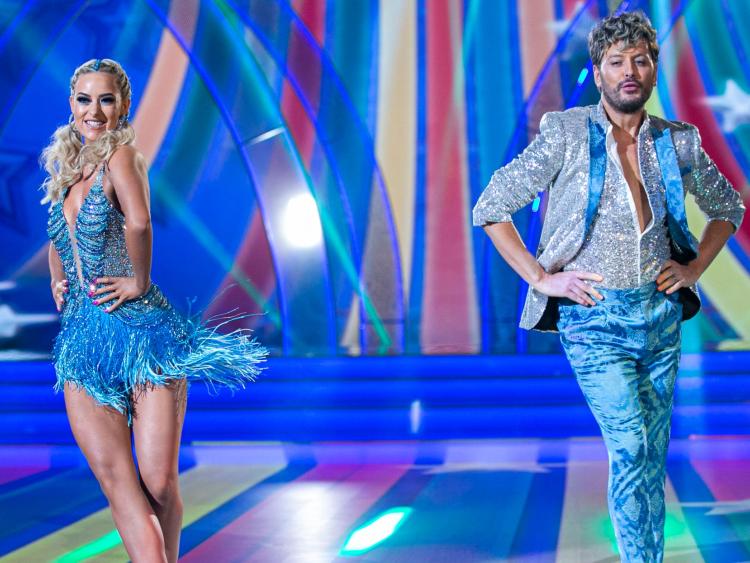 It was a weekend full of nostalgia for the celebrities on Dancing with the Stars Ireland, as Co Kildare natives Brian Dowling and Sinéad O’Carroll reflected on their most memorable year.

Newbridge native and former B*Witched singer Sinéad O'Carroll got the ball rolling as se and her professional dance partner Ryan McShane brought viewers back to 1998, as they danced an energetic cha-cha to Sinéad’s debut single with B*Witched, C’est la Vie.

The catchy tune went straight in at number one in the UK and Irish charts in 1998, and it went down a storm with the audience on Sunday night. Speaking after the performance Sinéad said: "It was really weird!" dancing to her own hit, but "never to a cha-cha. It was completely different."

Kicking off the judges’ comments this week, a disappointed Loraine said: "It wasn't enough for me." Julian was more favourable, rounding off his remarks with "Well done." Sinéad and Ryan scored 19 points from the judges.

Meanwhile, for fellow television presenter and Rathangan native Brian Dowling and his partner Laura Nolan, Sunday night was all about family as he paid tribute to his beloved mother Rosie who sadly passed away in 2018.

“In 2018 I lost my mam and she was my best friend, she was so supportive to me in every way. I wasn’t in the country when she passed away but my dad and my six sisters were amazing at home until I could get there, they were so strong,” explained Brian.

He and dance partner Laura Nolan danced an upbeat cha-cha-cha to We are Family by Sister Sledge showcased Brian's strong bond with his six younger sisters as they popped up in a booth on the dancefloor.

After they finished the emotional performance Brian said: "That was for my mam, and if she was here she'd be in her element."

Judge Brian Redmond said that the Brian and Laura’s routine was "very entertaining but needs to work on the technique".

Lorraine Barry said the routine had ‘all the fun and Cuban action’ of the cha-cha-cha. “You’ve made a new memory with your sisters,” she told Brian,  while Julian Benson praised them for a ‘a razzle-dazzle cha-cha’.  Brian and Laura scored a solid 17 points from the judges.

However, it was curtains for Olympic gold medal winner Michael Carruth as he became the third celebrity dancer to depart from Dancing with the Stars.

On Sunday night, Michael and his partner Karen Byrne danced a tango, scoring 13 points from the judges, but it wasn't enough to save them from elimination as they failed to win the public’s favour.

Due to RTÉ's comprehensive Election 2020 coverage, next week’s exciting switch-up week on Dancing with the Stars will switch to Saturday night at 6.35 pm on RTÉ One.