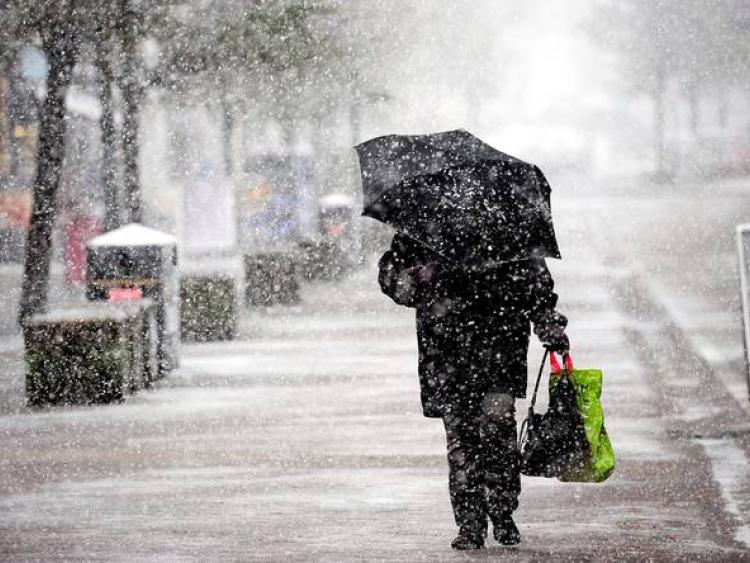 There'll be sunshine and showers today for Co Kildare, with a chilly start and temperatures as low as -1C.

According to forecasters for Met Eireann, showers will be frequent for a time through the afternoon and will be wintry in nature mainly over hills and mountains. Highest temperatures of 4 to 6 degrees in a moderate to fresh and gusty southwest wind, easing moderate later.

Met Éireann has issued a Weather Advisory for Ireland for "cold and wintry weather" which it says will develop in Ulster and Connacht and especially so on high ground.

The Weather Advisory is valid until 3pm on Tuesday.

Tonight will be mainly dry with clear spells. Temperatures will be minus 1 degree in the air widely with a sharp frost and icy stretches on untreated surfaces likely. Winds will be moderate, occasionally fresh, southwesterly.

Tomorrow, Tuesday, will be cold once again with a few isolated showers. Temperatures will be between 4 and 6 degrees in fresh to strong southwest to west winds.

the outlook for Tuesday night is for a mostly moderate west to southwest wind, temperatures of between zero and plus 2 degrees and mainly dry conditions for much of the country while showers continue in Ulster.