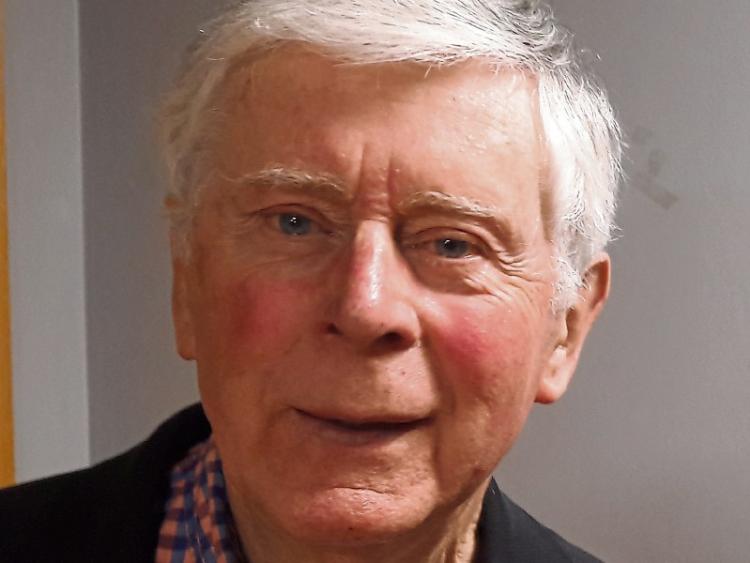 A former Leixlip Town Councillor has resigned as a Peace Commissioner after spending 38 years in the public non paid voluntary role.

John Colgan, a well known public figure in Leixlip, said he formally tendered his resignation as a Peace Commissioner with effect from close of business on  January 3, 2020 to the Minister for Justice.

A Peace Commissioner (PC)is an honorary appointment made in Ireland by the Minister for Justice and Equality. Her/his powers consist mainly of taking statutory declarations, witnessing signatures on documents of required by various authorities and signing certificates and orders under various Acts.

Mr Colgan said he wrote to the Minister on December 12 last to tender his resignation.

The late Jim Mitchell, TD, Minister for Justice, appointed him as Peace Commissioner from March  8, 1982.

He said he had been asked by Mark Clinton, the Minister for Agriculture in the Liam Cosgrave-led Government of 1973-1976, if  he would be willing to become a PC. “At the time I was chairman of Leixlip’s wholly elected Community Council. However, I declined the role, thinking of it as a political sinecure. Of course I have since learned that it is not a sinecure.”

In 1982 Mr Colgan was also appointed by the Minister for Justice as a member of the Visiting Committee to Arbour Hill Prison after he himself  expressed an interest in that post.

Of the Peace Commissioner role: “ Although I am fit, in good health and active, I feel that it was time I quit this role and that it should be taken up by another member of the Leixlip community. Besides, there is the matter of public liability insurance.”

Mr Colgan said from 1982 to now he never sought, nor obtained, any fee or remuneration of any kind, including expenses, for either of the Arbour Hill or PC  roles. “In the current context of the scandalous state of expenses for TDs and Senators, I don't think it is any harm to put this on record.”

Peace Commissioners are honorary appointments and there is no remuneration or financial compensation by way of fees or expenses for their services.

Mr Colgan chaired the Visiting Committee for the purposes of preparing a submission to T K Whitaker’s Committee of Inquiry into Penal Reform and drafted the Committee’s recommendations dated May 21, 1984.

A relatively old act, the Courts of Justice Act 1924 gives Peace Commissioners the power to issue summons and warrants. These powers are less frequently used these days. For example, applications for search warrants are normally made to the local District Court.

Civil servants are usually only appointed as Peace Commissioners where the performance of their official duties requires this.

Solicitors and persons employed in their offices and members of the clergy are, as a matter of practice, not appointed as Peace Commissioners because of the possibility of a conflict of interest.

One can become a Peace Commissioner by applying on your behalf or you may be nominated by another person. A member of the public can also nominate someone. The application  must be in writing and should include some information about the nominee and the reasons why you or they may be suitable. You can send your personal application (or your nomination) in writing to: Minister for Justice and Equality, Office of the Minister for Justice and Equality, 94 St. Stephen's Green, Dublin 2, Ireland.