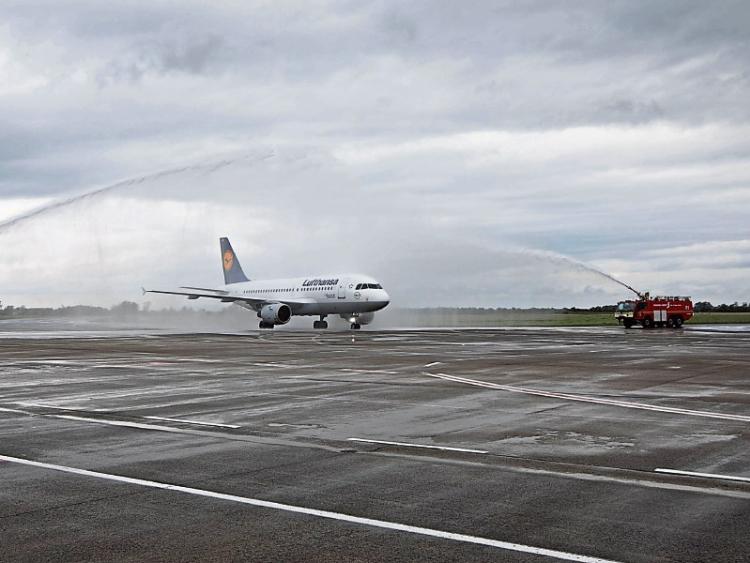 Following recent media reports that the company would set up in Celbridge creating 150 jobs,  we asked the company this week where it is proposing to locate the jobs, when would the jobs become available and when would construction begin on the premises?

It did not provide any specific information.

The reports had suggested that it would focus on what was described as “minor” aircraft engine repair operation and could employ up to 150 people.

Reports also suggested the company hoped to open the new plant early in 2020 and that it could announce plans in the first quarter of this year.

It was also reported that it would lodge a planning application with Kildare County Council in early January.

An application made to Kildare County Council last November is seeking to locate an aviation repair unit at Moortown, Celbridge, on the R405 Maynooth road, close Salesians College and Celbridge Community School.

The file says that on September 10, 2019, the applicant, Esprit Investments Limited,  the user, which is Lufthansa Technik, and the Industrial Development Authority, met Kildare County Council planning officials in a pre planning meeting on September 10 last.

The planning report suggests that the building will have a total floor area of 3,720 sqm and include a 74 metre access road. Car parking spaces for 80 vehicles and 40 bicycle spaces were proposed.

The Council sought further information and the file says that staff will include 60 skilled engineers in an operation in which aircraft engines would be repaired.

A number of submissions have been made to the Council, from John and Laura Ward of Moortown House, Lar McKenna of Rossmore Properties and Birdwatch Ireland, which is requesting the applicants to provide nesting for one nature’s great aviators, the swift.

The file does not say when a decision is due.

Media reports, said that Lufthansa would employ some of the 400 workers who lost their jobs when it closed an engine overhaul plant in Rathcoole, near Saggart, Co Dublin, in 2014.

If the November application at Mooretown, is not the one referred to in media reports, and a second is coming this month, will a second application involving Lufthansa, be made.

Asked by us this week about the plans, as reported in the media, spokesman Wolfgang Reinert said: “Ireland is an important location for us as our long-lasting engagement at several facilities demonstrates. Like in other regions, also in Ireland we regularly review if and how we can expand our operations. Should we develop concrete plans in the future, we will of course announce them as soon as they are ready to be realized.”

He concluded: “Unfortunately, we are not able to give you more information for the time being.”

Mr Reinert added that currently, the company has two main operations in Ireland.

One is Lufthansa Technik Shannon Limited -LTSL-, a subsidiary of Lufthansa Technik AG, specialising in the provision of Base Maintenance services on Boeing 737, 757 & 767, Airbus A319, A320 & A321 aircraft to the world’s airline industry. The company says that LTSL also offers a portfolio of other expert services such as aircraft painting, engineering, line maintenance, technical services, CAMO and training.

It has a workforce of over  550 strong workforce, mix of experienced engineers, managers and highly-motivated, flexible Aircraft Maintenance Technicians, Spray Painters and Cabin Trimmers, the majority of whom have graduated from LTSL’s own EASA 147 Training School.

The second is Lufthansa Technik Turbine Shannon (LTTS) which specializes in the repair of components for both high pressure and low pressure turbines for CFMI and GE aircraft engines. The company is licensed by the engine OEMs General Electric and CFMI to carry out repairs in accordance with their engine shop manuals. The expertise and focus is on the repair of high pressure turbine (HPT) shrouds, high and low pressure turbine Nozzle Guide Vanes (HPT & LPT NGVs) from the CFM56 series, CF6-80C2 and CF34 type engines. The staff number is about 200.