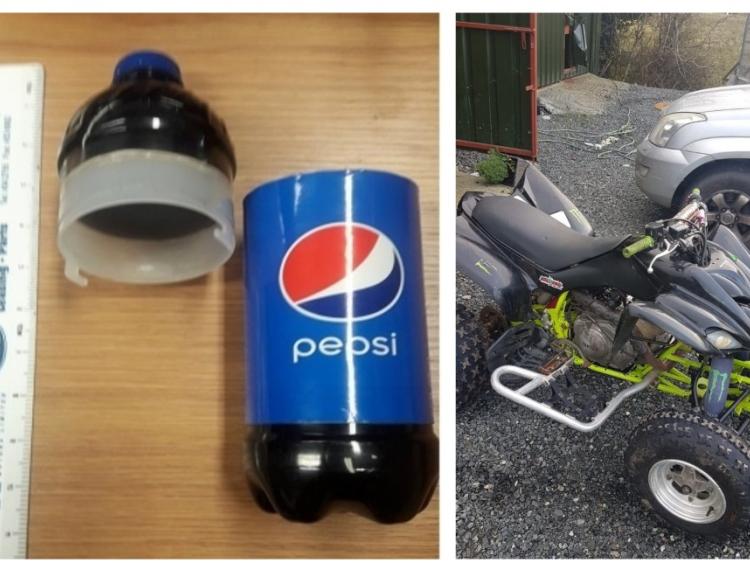 Some of the items seized in Tuesday's raid in Newbridge. Picture: Kildare Garda Division

According to the Kildare Garda District, the planned operation took place at a dwelling and outbuildings on the outskirts of Newbridge town.

During the search, gardaí also discovered a modified drinks bottle which could be used to hide drugs or cash. 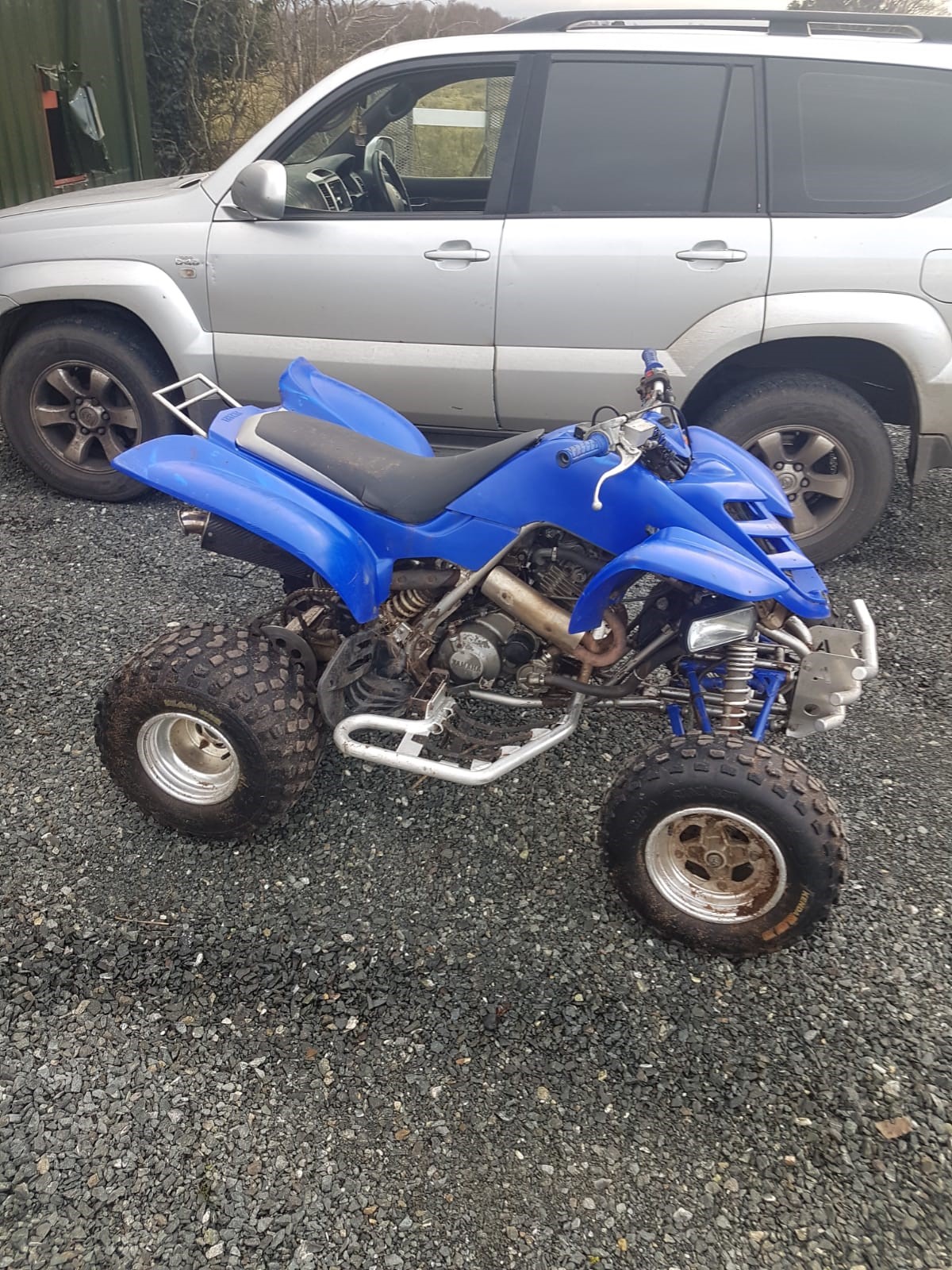 One of the quad bikes seized in the raid

According to gardaí, one man was arrested at the scene and he has since been released. A file will be prepared for the Director of Public Prosecutions.