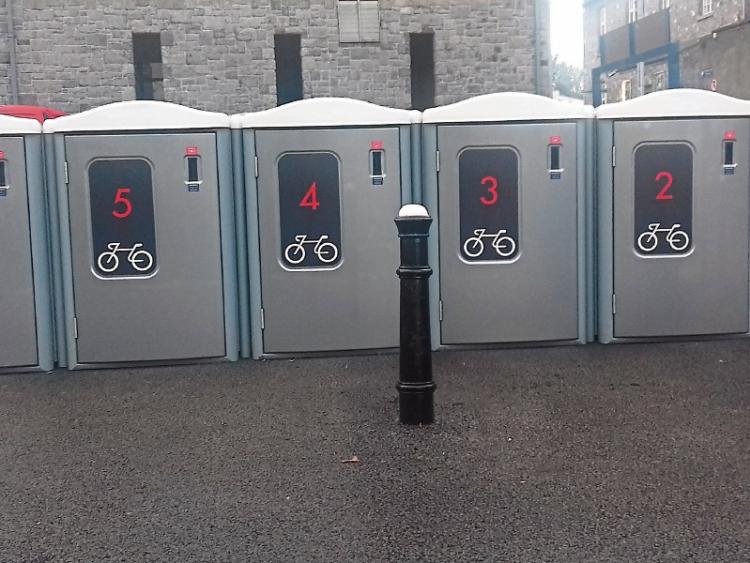 The bike lockers in Naas

A move has been made to provide bike lockers in Newbridge.

Cllr Peggy O'Dwyer has asked Kildare County Council to confirm if it has any plans to install bike parking lockers in Newbridge, similar to those installed in Naas.

She has a motion down for the January 15 meeting of the Newbridge-Kildare Municipal District.