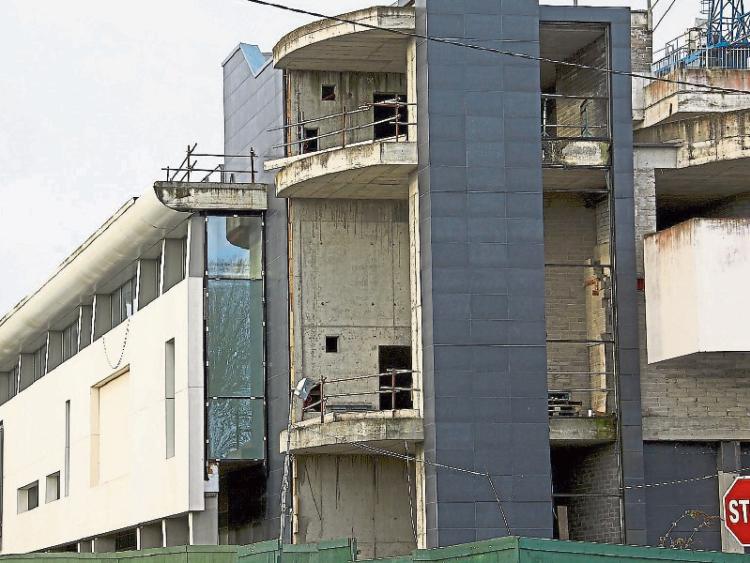 A UK company is thought to be among the bidders for the derelict Naas Shopping Centre.

The Leader understands that  the highest bid so far for the centre, which has been vacant since before it was due to open just over a decade ago, was for less than the asking price.

The 245,000 square foot centre was placed on the market, with a selling price of €4.8m last month as a “significant redevelopment opportunity.”

It cost an estimated €43m to construct the centre, which was to have Dunnes Stores as the anchor tenant before the company pulled out.

The Leader also understands that at least one locally based developer made an unsuccessful bid to buy the building..

It is also understood that a number of potential buyers examined the structure without making bid to buy.

The National Asset Management Agency which has managed the disposal of the disposal and has seen a considerable loss to the taxpayer, has not commented on the sale.

The 3.8 acres site (1.54 hectares) comes with the Five Lamps and Forge Inn pubs, a property at 50 Main Street and the Tully’s bookmakers site. Both pubs are closed.

The land at Tully’s and the demolished Sarah Flood’s pub site were earmarked as the location of a new junction leading to the Corban’s Lane entrance to the NSC; though this was never developed.

A new planning application will have to be made to Kildare County Council as part of any redevelopment proposal.