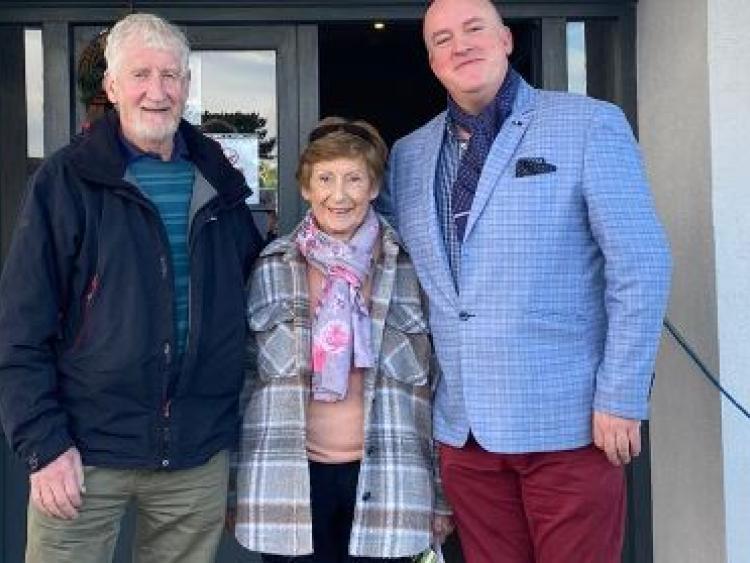 The last weekend before Christmas proved yet again the incredible generosity of Irish people and how Kildare as a community rallied in support of the more vulnerable in our society. Tiglin's annual Salesforce sleepout held almost two weeks ago received an additional push when Aubrey McCarthy, well known local business man, Chair and co founder of Tiglin - was interviewed on Newstalk with Pat Kenny.

In an engaging exchange on air, Kenny noted the positivity of McCarthy and like-minded volunteers who seem upbeat rather than morose or defeated in face of the homeless crisis and growing addiction problems in modern Ireland. McCarthy stated that having seen years of success at Tiglin, of empowering and helping people to reclaim their lives beyond addiction, he can afford to feel upbeat!

The well known auctioneer and business man appealed to the public to support the ongoing GoFundMe as Salesforce had aimed at reaching €15, 000 this year from the fundraiser, and again, the company promised to double the amount if that was achieved – and on Christmas eve, the GoFundMe page was at €15,875!

Phil Thompson, CEO at Tiglin, noticed familiar names from his native Newbridge and surrounding communities popping up on the GoFundMe page.

“It was the final push that meant our target of €15k was reached, and once again the people of Co Kildare have helped us meet one of our goals; it also means that we can continue to reach out to those in addiction and homelessness.”

Compounding the Christmas cheer and flying the flag for Kildare was Paul Donnelly as he once again stepped up to the plate and flew Santa Claus to the ladies centre at Brittas Bay and also to Tiglin men's centre in Ashford.

Santa made a stopover at Glendalough Hotel before his exhaustive worldwide journey on Christmas Eve.

"Thank you Paul Donnelly” said Thompson to the Leinster Leader. “Paul literally delivered Christmas for the residents and their families at what can often be a difficult time of year. Thank you Paul and Santa, and all who supported the Tiglin-Salesforce sleepout!”

“Our sleep out was held on one of the filthiest, wettest night of the year.” said McCarthy. “This is the fifth year that Salesforce has come on board to support this event. Colette Mason of Salesforce was determined to surpass last year's fundraiser which raised €12,000 – and Salesforce matched that, which resulted in a total of €24,000!”

“We held the event outside the Gaiety Theatre. Despite the appalling weather, spirits were high, with karaoke and carol singing. Very little sleep was had, but we had great fun and people were so generous. A new recruit this year was Colm from Calverstown, great to see Kildare faces in support.

“Niall Quinn dropped over to see us, as did others and it was much appreciated”.

McCarthy praised the ongoing support of Salesforce, a software company which also purchased the charity one of their Outreach buses.

“The bus, our No Buck's Café has been done up like a mobile cafe, that goes into satellite parts of the city. We used to park under Clery's clock, run by volunteers but we are now inside at the Lighthouse, near Trinity Court Hotel, on Pearse Street. The caf€ bus now goes out to other areas and we give out toiletries, snacks and a friendly ear where it's needed” he said.

“Remember, everything that is donated is matched by Salesforce so €50 becomes €100. We are deeply indebted to Salesforce, their support will help so many people on the programme and trying to reclaim their lives”.

McCarthy noted that 70% of residents undertaking a Tiglin programme would have experienced homelessness.

“Life Beyond Addiction, that's what we give at Tiglin. We are a satellite campus for Carlow IT, so when someone comes out of care at Tiglin and they're asked 'What were you doing for the last 10 months', they can say 'I have a CV with FETAC Level 5, etc”.

You can still donate to the GoFundMe Salesforce Tiglin sleepout page.