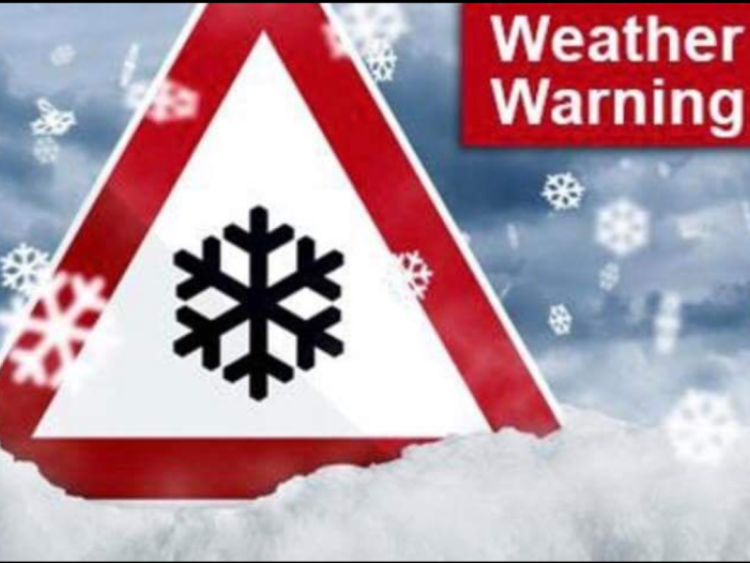 Snow and storm in latest Irish weather forecast for this weekend

Regional weather forecaster Cathal Nolan from the Midland Weather Channel has said that snowfall could follow an Atlantic storm over Ireland this weekend.

"The latest weather models are somewhat split on the prospects of Friday's storm with some models indicating a powerful Atlantic storm developing and impacting the southwest, south Midlands and Southeast of the country, whereas other models keep the storms track further south, while a small number show little developing at all," he explained.

"Following the GFS, APERGE and NOAA forecast models a storm depression with central pressure of between 967 and 971 hPa develops off the southwest coast of Ireland before crossing the country during Friday evening and Friday night, bringing with it the risk of high wind speeds in excess of 140 km/h in the south.

"The ICON model indicates the storm stays well to the south of Ireland and shows a downgraded risk of stormy conditions developing. The British Met Office indicates a certain level of uncertainty with their UKMO model keeping the storm further south, while Met Eireann are remaining somewhat tight-lipped on the prospects of stormy conditions with a brief mention of a risk of very windy weather in their morning bulletin," Cathal added.

He said there will "almost certainly be snow lying on the ground in some locations across the country by Saturday night."

"The reason for this certainty arises from the development of a very cold air mass behind Friday's storm depression, with a risk of snow developing along the northern edge of Friday's low-pressure system.

"On Saturday, however, a very unstable westerly airflow will push frequent wintry showers from west to east across the country, and with temperatures struggling to reach higher than 3-5 degrees Celsius in many areas some of these showers will fall as snow, especially so overnight with some accumulations of snow likely," he concluded.