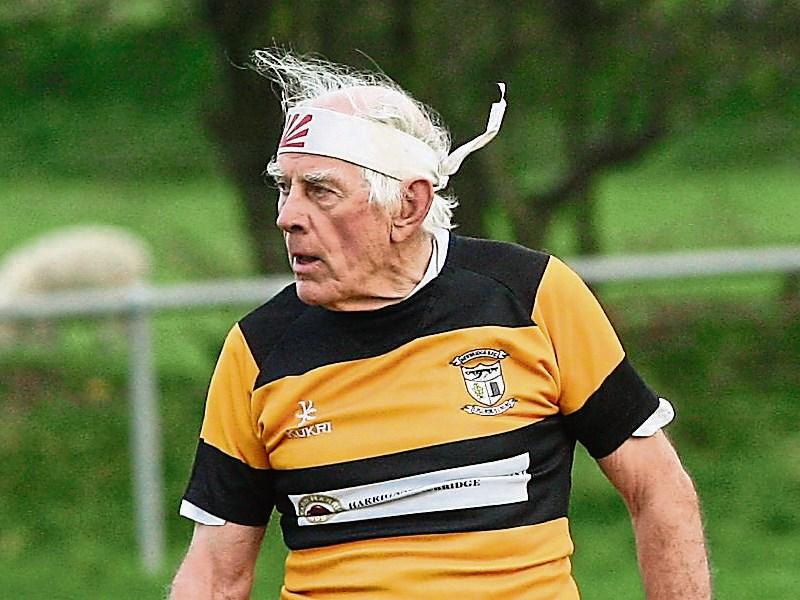 The late Fred Forster in action for Newbridge RFC in 2011. Picture: Eamon Dillon

The death has taken place of Newbridge Rugby Club’s oldest registered playing members. ‘Fearless’ Fred Forster passed away in California, where he lived with his wife Victoria, on November 27. He was 85.

Fred, a Tipperary native, and former civil engineer turned investment banker, took up the game as a child, and was proud of the fact that he was still a registered Newbridge player — and it wasn’t just an honorary position. Fred togged out for club games well into his later years. “He took great exception if his name was not included in the ‘Active Player’ listing,” said a Newbridge RFC spokesperson.

Fred’s wife Victoria, a California native who was hugely supportive of his rugby career, was the first woman president of Newbridge RFC, between 1999 and 2001. The pair married in 1994 at half-time during a game in which Fred was due to play. Back on the pitch for the second half, he scored the try of the game — spurred on, no doubt, by his new status as a husband.

The couple split their time between their residence in the USA, where Fred spent much of his working life, and a home in Newbridge.

Fred also played a vital part in the growth of club rugby in the USA, founding a club in San Francisco. He attributed his lengthy playing career to his fortunate lack of injury and his continued interest in the game.

“From all at Newbridge Rugby Club, we would like to say thanks to Fred for all of his support over the years. We were all sad to see him passing. He was such a vibrant character and larger than life. We loved having him over and he made some very good friends in the club. We will miss him and we wish Victoria all the best in the future,” said Ollie Delaney, Newbridge RFC President.