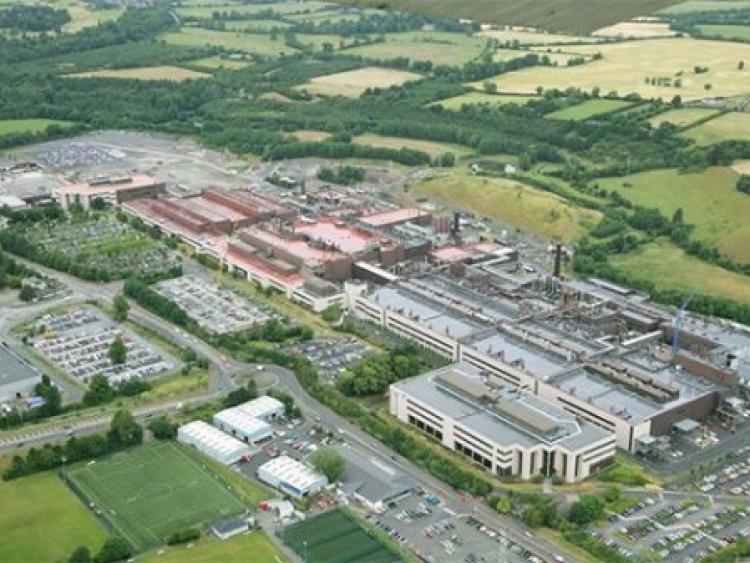 The Intel plant in Leixlip

An Bord Pleanala has given the green light to Intel for a major €3.65bn expansion at its headquarters in Leixlip.
The massive new fabrication (FAB) facility will be involved in the manufacture of integrated circuits.
In 2016, Intel secured planning permission for the first phase of the FAB facility valued at $4bn (€3.65bn).
In total, the two projects represent a $8bn (€7.3bn) investment which will employ 6,000 construction workers at peak and 1,600 full-time jobs on completion.
The project represents the largest single private investment in the history of the State on one project - if given the go-ahead by Intel globally.
Kildare County Council will benefit from development contributions of €9.7m applied to the development.
In welcoming the decision by An Bord Pleanala, Labour Party representative Emmet Stagg said that the proposal is part of a strategic initiative by Intel Leixlip to ensure that the campus is optimised and is in a competitively placed position to compete for the next generation of investment with the Intel Corporation, when major future capital investment decisions are being considered.
Mr Stagg said the proposal was supported by the Current Leixlip Local Area Plan and Kildare County Development Plan and various regional and National Strategies and Guidelines.
To date Intel have invested $12.5 billion at its Leixlip plant between buildings and equipment.
Last Friday the company celebrated 30 years in Ireland and outlined how it contributes €1.08 billion each year to the Irish economy.
It said that in addition to the 4,900 people working directly for Intel, the company said supports 6,700 full time equivalent jobs in the local economy.