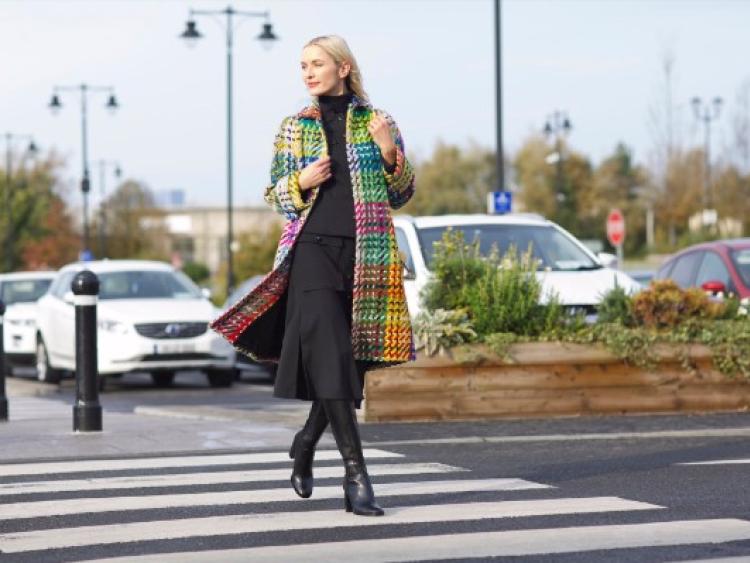 Shoppers flocking to a special discount sale at Kildare Village at the weekend clogged up several routes around Kildare town during periods.
Thousands of motorists were travelling to the luxury outlet to avail of the final days of the ‘Private Sale’ promotion while young families were also en route to the Christmas lights show at the retail attraction.
Gardaí were on duty at locations around Kildare Village to direct traffic which at one stage was backed up for several hundred metres along the hard shoulder of the M7.
A new 345-space car park on the Nurney Road was open to customers for the first time and a shuttle bus was offering transport to and from from the outlet as well as other car parks such as at the National Stud and Japanese Gardens.
Shoppers went on social media to express their shock at the heavy volumes of traffic.
Shops were open later than normal for the Private Sale — until 10pm on Friday and until 9pm on Saturday and Sunday.
Addressing the traffic delays, Kildare Village said on its Twitter account on Sunday that it was working to help get motorists into the shopping complex swiftly.
A spokesperson said on the day: “It is busy on approach to the Village but our dedicated team are working with the Gardaí to get you parked and ready to see the Village come alive with our spectacular light shows and to enjoy the last few hours of Private Sale.”
There were also reports of dogs left unaccompanied in parked cars over the weekend.
A Kildare Village spokesperson said: “Owners will be asked to return to their vehicles if dogs are reported or found to be left alone.”
The outlet said customers were welcome to use complimentary canine kennels for dogs.
The Enchanted Lights spectacle will continue to illuminate Kildare Village every evening of the festive season until the end of January.
Last October, An Bord Pleanála gave the green light for a new extension to the retail shopping outlet centre.
The plans for a €50m Kildare Village extension include the addition of 29 new shops and two new restaurants.
Also in the designs are 460 new car parking spaces as well as new ATM facilities.
Global fashion brand Karl Lagerfeld is opening a store in the complex soon to join big-name labels like Armani.