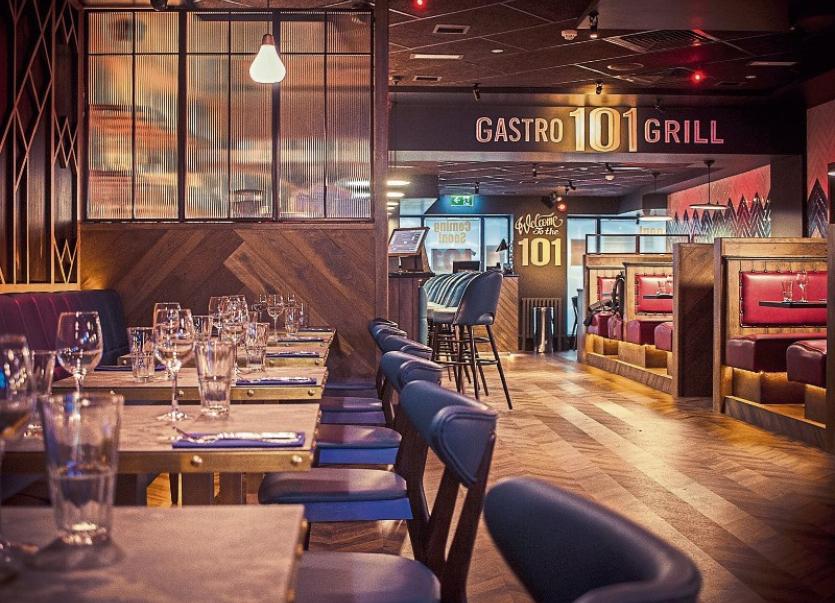 The latest addition to the menu of restaurants in Naas opens officially today.

The Gastro 101 Grill at North Main Street has been some time in the planning and doors open at 5pm.

Proprietor Peter Macari said the venue had a “soft opening” on Saturday to which staff members were invited to sample the menu and it remained open for a few hours  so passing customers could see what’s on offer.

“We’re providing a casual dining in a very relaxed atmosphere. The menu includes quarter pounders, fish and chips, half roast chickens,  all done with a unique twist. The restaurant will also have a vegan and vegetarian influence. A lot of the food is prepared on a special charcoal grill and we also have six different milkshake varieties, ” he added.

The venues will employ about 15 people, including part time staff.

The Macari family also run Alvito’s and Da Vinci’s, restaurants in Leixlip as well as the Macari 101 chipper in Monread and they have a long association with the restaurant and food business in County Kildare.

The family's Da Vinci’s restaurant in Leixlip celebrated its 25th anniversary in September 2018.

The new was previously a McDonald’s, which closed about two and a half years ago, having opened in 1998, effectively amalgamating with a sister restaurant in Monread.