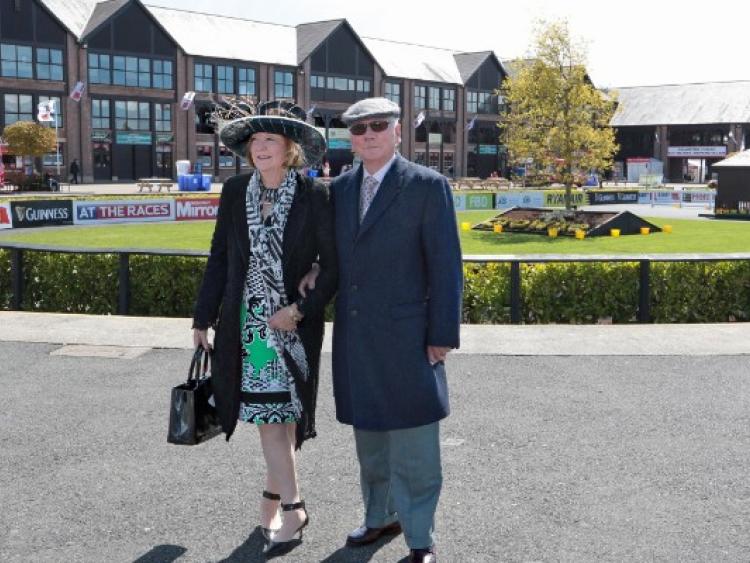 Legendary broadcaster Gay Byrne, who will be laid to rest in Dublin tomorrow, was a regular visitor to Co Kildare.

The former Late Late Show host, who died on Monday aged 85, attended Derby Day at the Curragh Racecourse on a number of occasions with his wife Kathleen Watkins.

The family have requested that donations be made to the Irish Cancer Society or St Francis’ Hospice.

A book of condolence has been opened at Kildare County Council’s Áras Chill Dara headquarters in Naas.

A race was named in their honour in 2014 and they made the presentation to the winning connections.

Gay’s last visit to Derby Day was in 2018 and he was in jovial mood in the Dubai Duty Free hospitality tent as he chatted to locals and posed for photographs.
The renowned TV and radio presenter also came to events at Newbridge Silverware with Kathleen as well as to the Punchestown Festival.
As tributes flowed in, Evan Arkwright, Racing Manager of the Curragh said the late great broadcaster was a big supporter of the racecourse.
He said: “Gay will be irreplaceable. We were all saddened to hear the news of the passing of Gay.”
He added: “Gay was a great supporter of the Curragh and a guest each year of Dubai Duty Free on Irish Derby Day.
“We were delighted to honour both him and Kathleen when we named a race in their honour in 2014 and invited them to make the presentation to the winning connections.
“May he rest in peace.”
The Late Late Show actually broadcast from Goffs venue in Kill in 1982 as the RTÉ studio was being used for the National Song Contest.
Energetic Gay also helped with the launch of the ‘Kildare Gathering’ tourism initiative in 2013 in association with County Kildare Failte.
Gay is survived by his wife Kathleen, their daughters Crona and Suzy, and grandchildren: Cian, Sadhbh, Kate, Saoirse and Harry.