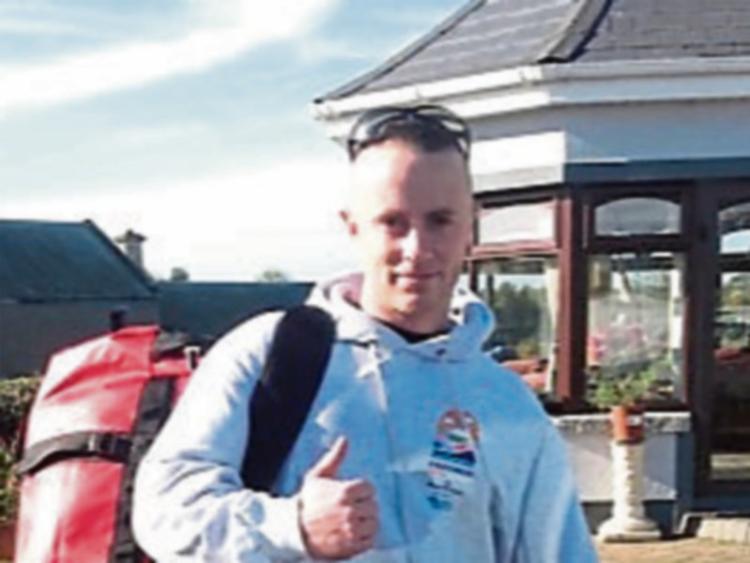 A young Caragh man is climbing Mount Kilimanjaro at the moment after being touched by the death of one of his neighbours.

David Dolly plans to raise the Irish flag at one of the peaks  and be back at Cooke’s in Caragh on November 9 to present a cheque to Pieta House.

David decided to do the climb in January after another young man from the Caragh area lost his life tragically through suicide. “It kind of kicked something off in him, so from the day he decided to climb Kilimanjaro he’s been spreading awareness through social media and trying to get anyone that’s not feeling the best to join him on small hikes on most Sundays in and around Ireland,” said David’s sister, Denise.

Two weeks ago, David did Croagh Patrick in part preparation for the Machame route at Mount Kilimanjaro.

The climb is being done with a group called Earth’s Edge.

David, a 29 year old truck driver, was one of a group of thirteen which set off from Dublin Airport on October 21 for the twelve day trip.

The first three days involved flights and driving  before the group arrived in Machame.

Over the next six days he will be trekking 50 hours from camp to camp reaching the peak on the eight day.

David hopes to raise the Irish flag at the peak for all who have suffered with suicide, said Denise.

He has done fundraising including a benefit night.

So far David has raised nearly €4000 all of which has been donated to  Pieta house suicide and self harm awareness.

The travel and climb has been funded by himself.