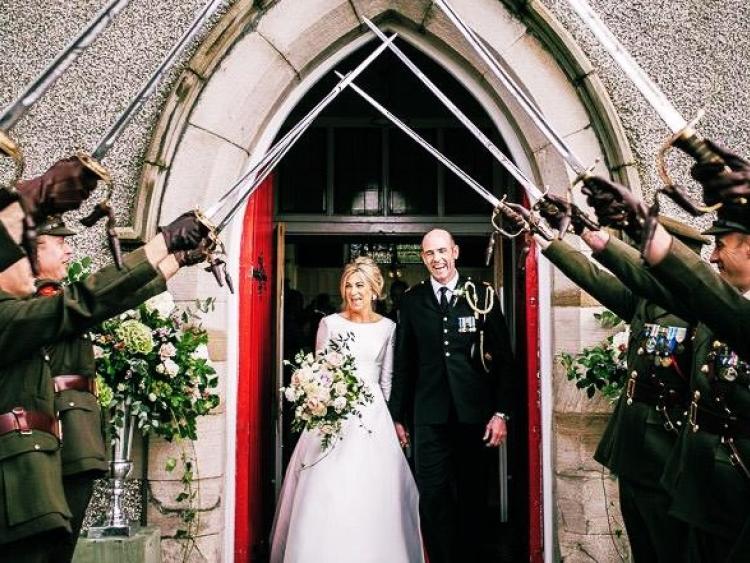 Dermot and Jenny receive a guard of honour from his Army colleagues. Photo: Give Us A Goo Photography

It was a match day with a difference on Saturday as ex Kildare footballer Dermot Earley Jnr wed new bride Jenny in Co Tipperary.

Dermot (41), who retired in 2013, received a guard of honour from his colleagues in the Defence Forces outside the church in Bansha.

The happy groom later said on Twitter: "Well....that was just the best day ever."

The Newbridge man also received congratulations from his boss, Chief of Staff of the Defence Forces, Vice Admiral Mark Mellett who joked: "Dermot, congrats to you both, I presume Jenny knows you are on duty on Monday!"

Dermot, who has two All Stars, helped Kildare to reach the 1998 All-Ireland Senior Football Championship Final in 1998.

The tireless midfielder won a Leinster medal in 1998 and again in 2000.

He served as Chief Executive of the Gaelic Players’ Association (GPA) between 2017 and 2018.

He had taken a leave of absence from the Defence Forces to take on the GPA role and later returned to the Army.