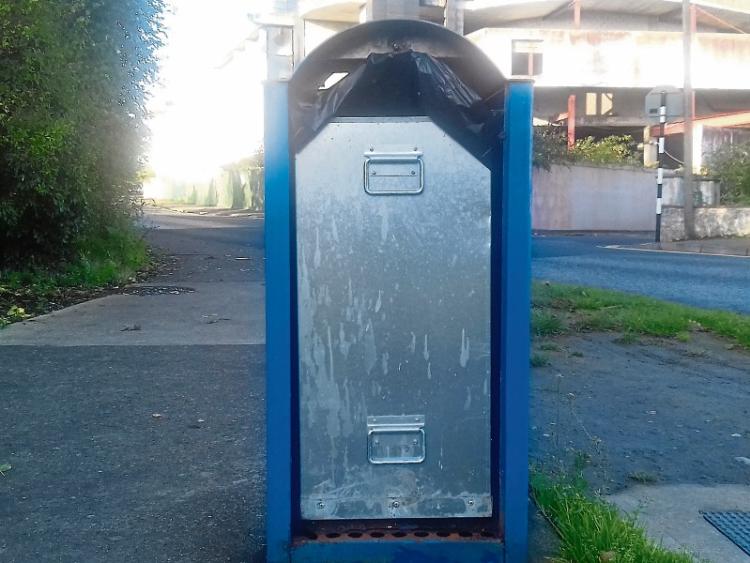 A litter bin in Naas

Rats are living in some litter bins in Naas.

That’s according to a local councillor who wants more money spent in Naas.

“Litter bins are not being replaced. The rates are now living in them because some have no doors,” said.

He wants €250,000 extra to be provided “to improve local services and necessary conditions to give credible county town status to Naas.”

He claimed that Naas Town Council, which was abolished with town councils all over in Ireland in May 2014, would have had the bins replaced in 24 hours.

Cllr Moore said there are not enough resources or staff available and he said that the work of Naas Tidy Towns had ensured that the town rose from 47th place in the annual Tidy Towns competition to the top five.