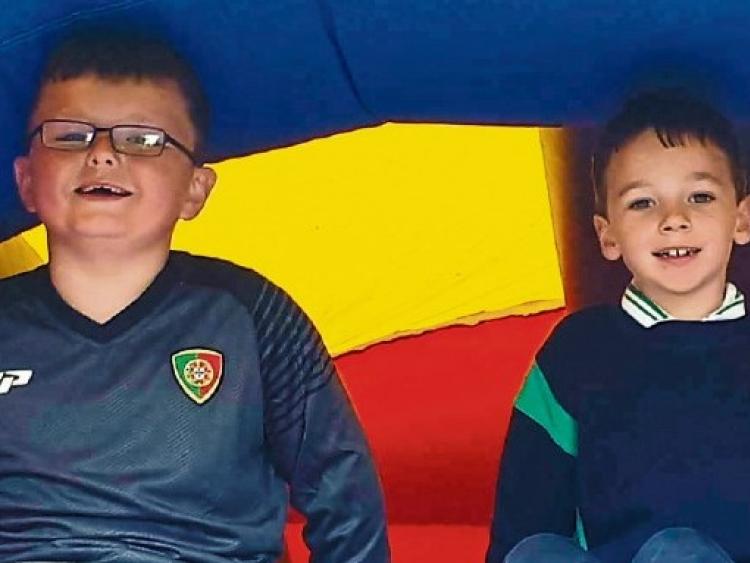 Two Kildare mothers have slammed the lack of available school spaces for children with autism across the county as they try to find places for their youngsters for next September.

They are also highly critical of the way they have to apply for places under the Department of Education’s system. Emer McGann’s seven-year-old son, Conal has autism, and is in a dedicated autism unit at St Conleth’s Infant School in Newbridge.

However, because it is a junior school, his family have to try and get a place for next year in one of the two nearby senior primary schools — the Patrician Primary School, or St Conleth and Mary’s Primary School. The Patricians don’t have an ASD unit and St Conleth and Mary’s has only one place available. The school said it would like to offer more places but is at capacity.

Conal’s mother Emer outlined her experience of trying to get a place for her son. “Parents applying for places are given a list of schools in their county and the surrounding counties which have ASD units by their local special education coordinator,” she said.

“We are provided only with a list of school names and school principals to contact, and then the parents set off to scramble for available places in the units across the county.”

The Newbridge woman said when Conal was starting Junior Infants, she applied to 25 schools in Kildare and surrounding counties and spoke to 14 or 15 principals.

“Out of those applications, by the end of the process Conal got offered a single placement in a school in Naas. It is a highly inefficient ‘system’ that is not fit for purpose. It wastes parents time, it wastes principals time and it is totally disorganised and utterly chaotic,” said Emer.

“Much to our absolute gratitude and delight, a very last-minute decision was taken to extend an autism class in the school (St Conleth’s Infants) where Conal’s elder sisters had attended in Newbridge and we sent Conal to the unit there.”
She said Conal has thrived, and the principal and staff have done amazing work with the children.

“We could not have asked for better treatment for Conal than he has received in his local school.”

However, with just one place available in the autism unit at St Conleth and Mary’s for September, Emer doesn’t know if her son will be able to continue on to the senior school.

She said she has nothing but praise for St Conleth and Mary’s and understands they have limited capacity.

However, she criticised the Department of Education and said the notion of moving children with autism around various schools in order to get their educational needs met is a huge disadvantage to an already socially impaired child.

Chloe Kerwick’s son Harley is in the same class as Conal. He also has autism and Chloe is also concerned about the lack of places.

“It’s so hard, you have to fight for everything. When my other child started school, we had no problems getting a place,” she said.

The deadline for applications for the autism unit in St Conleth and Mary’s has not yet passed and enrolments will be decided based on the school’s enrolment policy in December.

St Conleth and Mary’s Principal Bryan Lynch said; “We have a unit that recently opened two years ago. We have a total of six children, which would be the maximum enrolment. It’s been a fantastic addition to our school. We have great staff that work very hard with all the children. We are all about inclusion — however, we are limited with the volume of places that we have. We would love it if we could take more pupils.”

He said other schools were facing similar situations. He said they would follow procedure in relation to enrolments.

The new St Conleth and Mary’s school should have been completed by 2017 but construction hasn’t started yet.
It is hoped to offer more spaces in the future but there is no start date for the build. Scoil na Naomh Uilig and Scoil Mhuire also have ASD units in Newbridge.

The Department of Education was contacted about the number of ASD places in the county and asked to respond to the criticism of the system but it had not responded at the time of going to press.