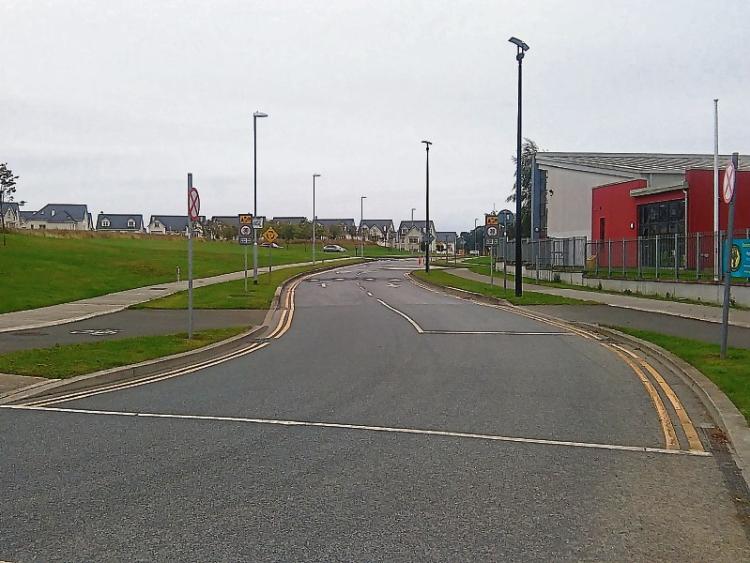 Kildare County Council is to be asked to facilitate a solution to congestion at the Piper’s Hill education campus in Naas.

There have been complaints from parents about the amount of traffic using the entrance  to access three schools and the route is also used by residents of and Piper’s Hill estate.

Fine Gael councillor Evie Sammon said that KCC has previously indicated that  this is an issue for the Kildare and Wicklow Education and Training Board as well as developer  Ballymore, which built the houses, and she believes the KWETB “needs to apply for planning permission a second entrance.”

Cllr Sammon is also a member of the KWETB and will pursue the issue with the board to push for a second entrance.

“I believe that the solutions to this need to be short, medium and long term. I am pushing for Education Training Boards Ireland to open the barrier as a short term solution but I believe a safe drop off zone, a path into the campus and a traffic management plan needs to be looked at for the medium term and for the long term a second entrance/exit needs to be done.”

The barrier was closed by the ETBI, which leases offices at the campus,  for health and safety reasons.

Cllr Sammon said that KCC needs to be part of the solution and she will raise the issue at a Naas Municipal District meeting today.

That the council secure a second exit or entry to the Piper’s Hill campus taking into consideration the ongoing traffic issues at this location.

Cllr Kelly said she has been contacted by a number of people about congestion.

“The issue of one entrance/exit is not new but has been exacerbated by the recent installation of the barrier by the ETBI (at) their car park and the closure of the drop off lane opposite  the school.”

She added that there is another issue relating to the installation of a safety barrier along the footpath in front of the Gaelscoil.

“This has been ongoing for a few years and talks have been taking place but these have not yielded a positive outcome.”