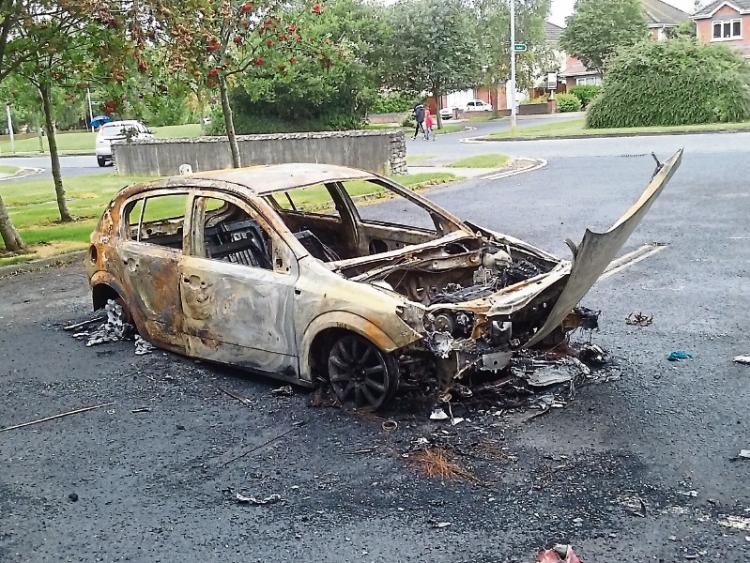 The burnt out vehicle

Anti social behaviour is getting worse in parts of Newbridge.

That’s according to a resident who contacted the Leader after a car was destroyed in a fire in the College Farm area at 4.30am on Sunday last.

The gardai have since issued an appeal for information about the incident (phone 527730).

The resident said the incident left many apartment residents distressed.

He claimed the nearby car park in “is often the scene of anti social behaviour such as drug taking and drug dealing by some feral teenagers. Some are from the area  and some are not.”

He added that this was the second fire incident in 6 months and on the previous occasion a  large industrial bin was set alight.

“Anti social behaviour is a big problem and groups of up to 16 people gather there. The car fire was like an explosion and it created a very dangerous situation. It is only a matter of time before someone is seriously injured. If the gardai don’t stop these people I predict a tragedy.”