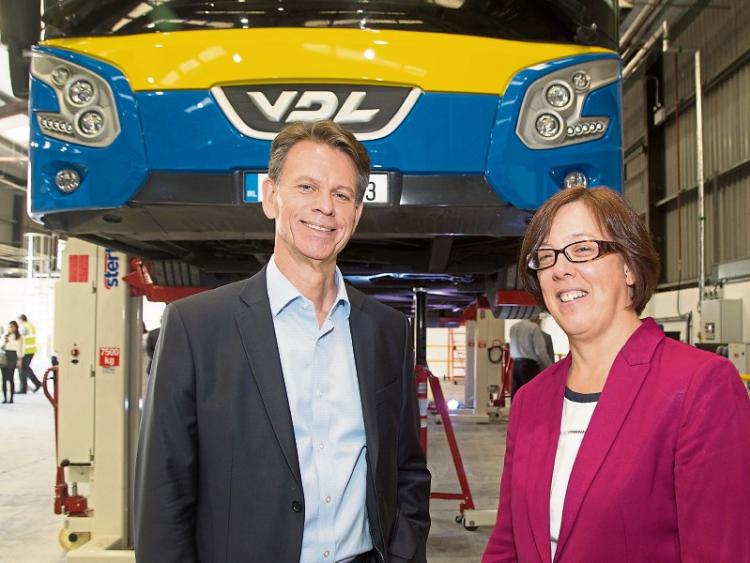 Go Ahead Ireland, the country’s newest bus company has dismissed speculation that there will be any delay to the provision of services within County Kildare.

The company was responding to claims that sufficient staff numbers may not be recruited in time.

GAI opened its Naas depot at the Naas Enterprise Park in July in preparation for the upcoming switchover of coach services from Bus Eireann to GAI.

“This new depot opening will bring an additional 100 jobs (based in the depot and nearby outstation) to the area and heralds a further 4.5 million investment. We have been encouraged by the quality and quantity of applicants for the positions advertised and have not experienced any issues in this regard.  The National Transport Authority (NTA) has given us indicative dates as during the last quarter of 2019 for the mobilisation to take place but up until that time Bus Eireann will continue to operate the services,” a company spokeswoman said.

At the opening of the GAI’s second Irish depot , company Managing Director Ed Wills said €4.5m has been invested to facilitate the operation of new commuter routes.

“We are fully committed to providing the travelling public with a reliable, enjoyable journey into and from Dublin and look forward to expanding our operation into Kildare and the surrounding regions,” he said.