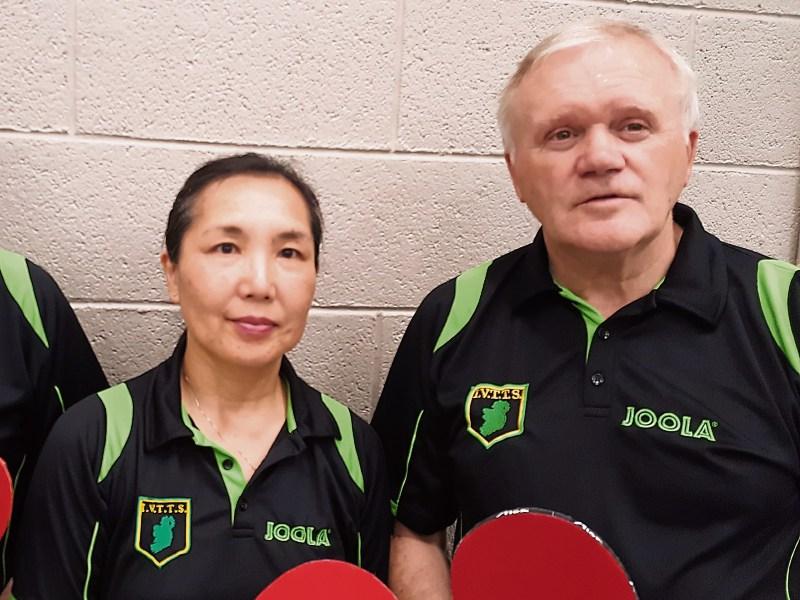 Liam Perris, Ikuko McMahon and Jim Storey will be on the panel representing Ireland in Perth, Scotland, from September 5-8.

The experienced trio, who play for Leixlip Table Tennis Club, will head out next Thursday to represent the Irish Veterans Table Tennis Society.

A member of the Leixlip club for the last four years, Ikuko, a Japanese native, who has lived in Ireland for 23 years, will play in the Over 40’s section while Liam Perris will test and be tested in the Over 75’s section.

Jim Storey, who has been playing with Leixlip for over eight years, will play in the Over 60’s event.

While there is a social element it is not all fun. “It is enjoyable and social but very serious. Everybody wants to win,” said Jim, a cousin of Wexford hurling star, Martin Storey.

It will be the fifth time taking part for Jim and Liam, who picked up a bronze medal on a previous occasion, and a second time for Ikuko

They will take on players from England, Scotland, Wales, the Isle of Man, Guernsey and Jersey.

The Leixlip trio will join other players such as Balbriggan  based Tommy Caffrey, who was capped for Ireland over 150 times. He will play in the Over 70 section.