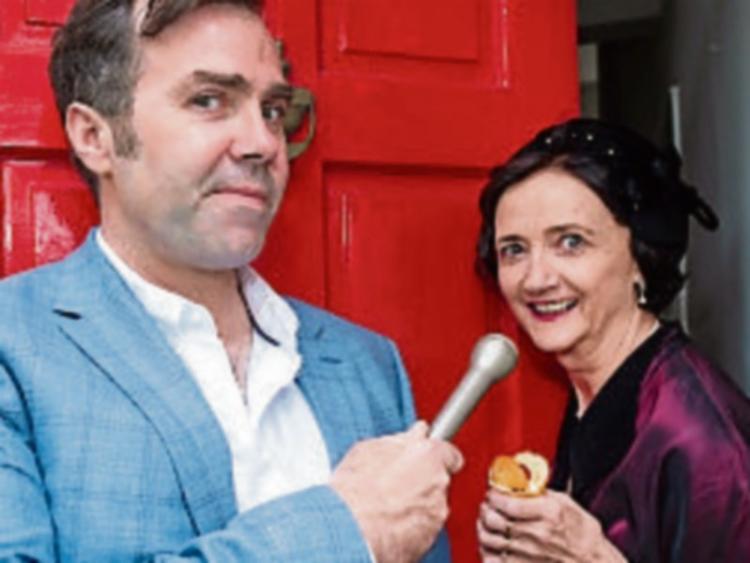 A new play with some interesting twists about famous Kildare writer, Maura Laverty, will open in Dublin on September 2.

“Maura Laverty:This Was Your Life,” will run a the Viking Theatre in Clontarf until September 14.

Written by Dubliner, Yvonne Quinn, and Limerick native, Bairbre Ní Chaoimh, key roles will be played by the co-author, and Pat Ryan, who will be known by many as the food loving Garda in the television series Red Rock. It is directed by Joan Sheehy.

The play revolves around the life of the Rathangan woman who became Ireland’s famous broadcaster, agony aunt, playwright, writer of banned novels and iconic cookery books, back from the dead to face a contemporary audience as a guest on the ‘This Was Your Life’ show

Maura, whose story has been written by Seamus Kelly, The Maura Laverty Story - from Rathangan to Tolka Row, lived a varied life.

Asked about the inspiration for the play, Bairbre told the Leinster Leader: “When I was a child my mother cooked from Maura Laverty’s cookbook, Full and Plenty. I read the stories from the book and I learned to bake from it.”

The play is set in a very modern setting, based on the Eamon Andrews, This is Your Life format, with some Gay Byrne/Jeremy Kyle style of questioning.

Except, in this case, the  story is about the dead Maura being interviewed. “She did an astonishing amount in her life, including running a radio show on RTE for 30 years,” said Bairbre.

Bairbre did a lot of research on Maura and was aided by Seamus Kelly, who, she said, was “incredibly helpful.”

She said Maura wrote three plays for the Gate Theatre, then run by Hilton Edwards and Michael MacLiammoir, and got it out of serious financial trouble.

The first play they commissioned from her was a version of one of her banned novels. The second was Tolka Row, which became Ireland’s first television soap opera.

A quirky element in the new play is that as well as taking the audience through Maura’s life, a live cookery demonstration will be given.

Hungry members of the audience may get some relief.

Bairbre said they hope to stage the play in the Riverbank in Newbridge next year and a performance in Rathangan has not been ruled out.

The Viking Theatre is located above a public house, Connolly's The Sheds in Clontarf. Bookings can be made at 087-1129970. You can email them at vikingtheatre@dublin.com