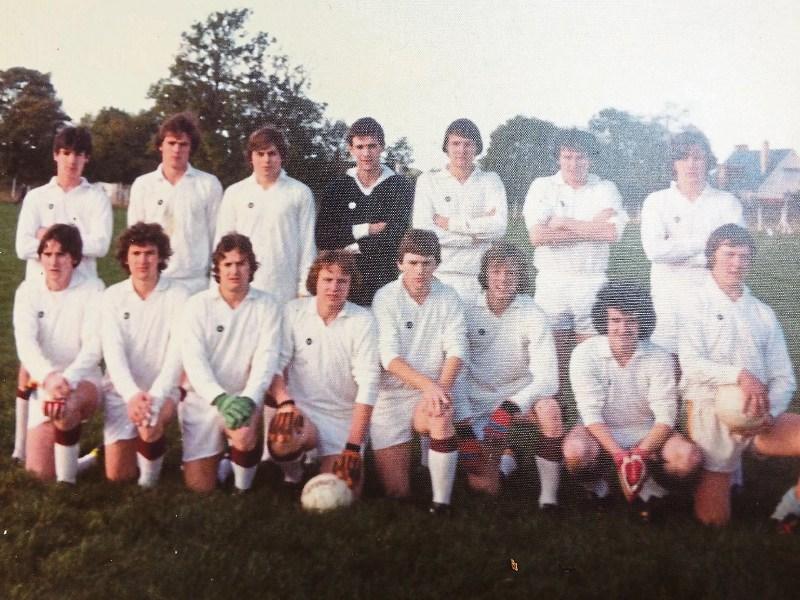 The team, with two exceptions is listed below

Much longer than the arrival of sons Cian and Eanna to line out with Moorefield.

O’Connor played with an amalgamated Celbridge-Leixlip team in 1978 as a minor (under 18) footballer. And according to his contemporaries he was an outstanding player.

He’s pictured above on the extreme right in the front row.

It’s nearly impossible to imagine that large towns like Celbridge and Leixlip would consent to join forces to field a team.

Or that Sarsfields and Moorefield would need to amalgamate to form Newbridge - their opponents that day.

But the huge population growth in much of the county had yet to happen.

So these two teams or four clubs battled it out for the Minor Football League title of 1978 in Clane, with the north Kildare side prevailing.

The origin of the white jerseys worn by the team is not clear, possibly they were borrowed from St Wolstans (Celbridge/Straffan).

There were some other notables on the team too.

Shane McWey represented Kildare at junior level while Noel Shaw played for the Lilies as a minor and is the brother of Mark, who had a long innings as a senior Kildare player.

He’s a member of the family who own the eponymous O’Connor’s pub beside Naas Town Hall and closest to the Moat Theatre as well as the Kildrought Lounge in Celbridge -  and he also played rugby with Barnhall.

So how did Jack O’Connor, three times an All-Ireland senior winning manager with Kerry not to mind minor and under 21 success, come to win a county medal in Kildare ?

At the time he was a student at St. Patrick’s College Maynooth, or Maynooth University today.