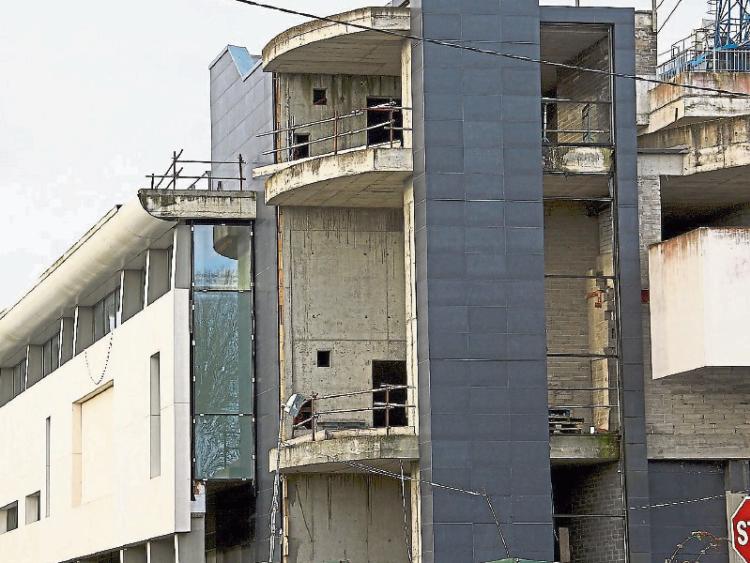 The derelict Naas Shopping Centre building is to go on sale shortly, probably early in September.

The centre, developed at a cost of in excess of €50m, was originally due to open almost ten year ago with 45 individual units in place.

But it never happened partly because of the economic collapse affecting developers and retailers.

Talks have been taking place for some time between the interested parties - the National Asset Management Agency, the receiver Duff and Phelps and Kildare County Council.

According to KCC Director of Services Niall Morrissey, an agreement has been reached between the three bodies.

“Kildare County Council has signed off on an agreement with the receiver company and it up to them now to package the property and put it up for sale. There is nothing now hindering the sale and I’d be disappointed if this does not happen in September or October,” Mr. Morrissey told the Leader.

KCC has taken possession of the ten houses at Cill Corbain, immediately adjacent to the centre building and talks about this settlement have been taking place for some time.

These houses briefly went on sale less than two years ago with an asking price of €2m, before being withdrawn from the market.

Many of the houses are occupied on a rented basis and were originally purchased by the centre developer with a view to using Cill Corbain as part of the wider shopping centre.

According to Mr Morrissey, the value the homes  represents part of the monies owed to KCC. The then Naas Town Council provided the site (a former car park) for the building and the local authority is also understood to be owed development levies.

Nama has declined to say anything about the impending sale.

In a comment on behalf of the agency a spokesman said it would not comment for “reasons outlined previously”  - a reference to its policy of not commenting on individual debtors because of legal obligations.