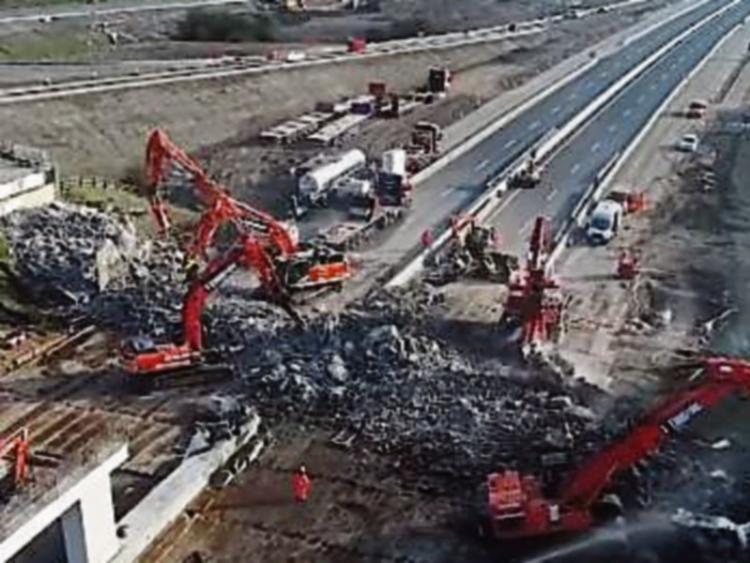 The M7 during the reconstruction phase

With the completion and opening of the newly widened M7 - albeit with a speed restriction of 80kph - attention will focus on the two other projects that were progressing alongside the creation of a third lane on either side of the motorway.

The reduced temporary speed limits will remain in place while roadworks are continuing on  the verge and hard shoulder areas.

The M7 Naas-Newbridge bypass upgrade started in January 2018. The road was  widened for a distance of 13.6km, between junction eight Johnstown to the M7 and M9 interchange at junction 11 (Kilkenny, Carlow, Waterford).

It was the most expensive of the three projects consuming about half of the total cost of €110m.

Work on the construction of the bypass of Sallins, which will reroute many of the 22,000 vehicles passing through Sallins daily,  will be completed by the end of March 2020.

This project is the final phase of the three projects along with the interchange at Osberstown, which will provide a link from the motorway to Millennium Park.