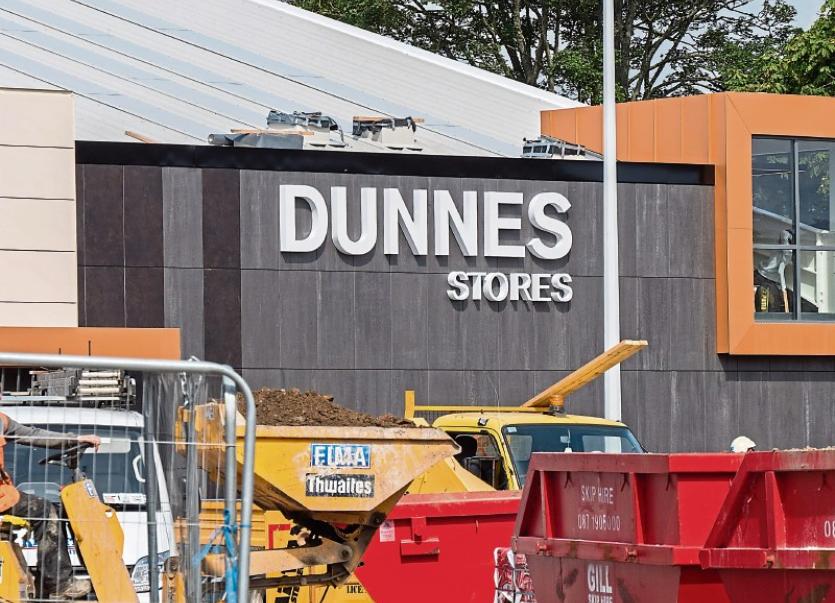 It’s as official as it gets now.

The erection of a white-on-slate grey sign with the Dunnes Stores name at the weekend is confirmation that  the supermarket giant is opening a store in Naas for the first time.

It’s hardly worth recording this detail - save for the fact that the notoriously media shy Dunnes’ owners have not made any announcement about the plans to open.

The company’s name was not associated with the original planning application to build the the outlet at the ex-Superquinn site.

And it has yet to make any announcement of the store opening which, as reported in the Leinster Leader, is set to take place next week and most likely Thursday.

Neither had the company much comment to make over its abandoned plans to become the anchor tenant at the Naas Shopping Centre, taking up a significant amount of space on both floors.

And while there may be some concerns about parking spaces nearby, there is significant parking capacity in that part of Naas - at the opposite car park and the Naas Town Centre shopping centre. Also there has only been the slightest reduction in the number of spaces in the adjacent car park, when compared with the number available during Superquinn’s tenure.

Moreover, the store will bring much needed footfall back to the town centre and this will be welcomed by existing businesses.