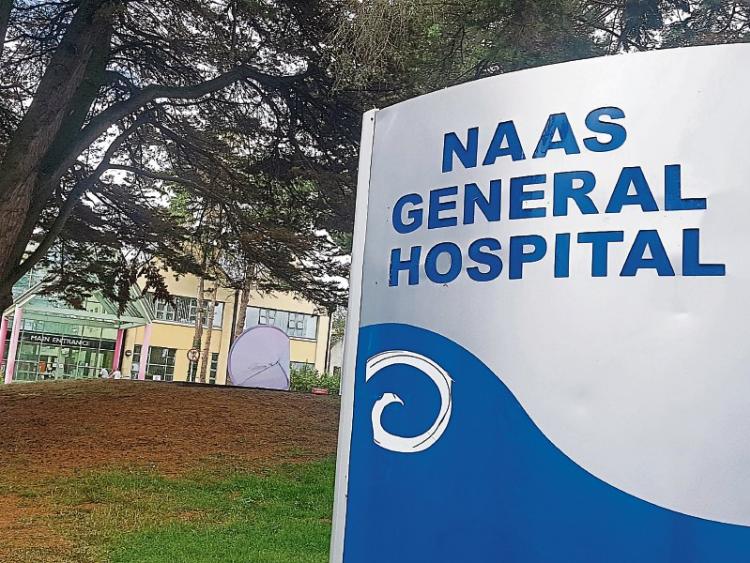 Yet there has been widespread criticism of the failure so far to proceed with the planned expansion.

KCC recently allowed the HSE to extend the planning permission for a new extension to the hospital, which was originally granted in 2014.

The extension will increase the overall size of the hospital and include a new wing which would house a new endoscopy/day services unit. Physical medicine (including physiotherapy and occupational therapy) and oncology departments would also be constructed.

On July 25 last, there were 341 people in Naas on the endoscopy waiting list.

According to the HSE the hospital “is currently awaiting approval to proceed to tender for this development.”

One estimate is that tender will take nine months but once that process starts, the project will go ahead.

In a response to the Leader on behalf of Naas Hospital on August 13, the HSE said: “Naas General Hospital have received an extension of planning permission that was originally submitted five years ago. This capital development was submitted by Naas General Hospital to the Hospital Group and to the recent DOH Health Service Capacity Review 2018. It is anticipated that the costs involved for the extension will be approximately €19 million. The project has gone through all the approval processes within the HSE. Design and planning stages are complete and it is ready to go to tender however, the capital funding required for the project is not yet allocated. The current capital plan timeframe would indicate that approval to proceed to tender may be provided post-2021. It is estimated that it would take approximately 20 months to build the extension from the time it would proceed to tender.”

While a tender will determine the cost of the project, a December 2017 HSE estimate provided to Labour’s Emmet Stagg for the project is around €17 million.

Cllr Peggy O’Dwyer was told on July 23 last, following her motion at the Regional Health Forum, that the hospital was awaiting approval “to proceed to tender for the development of an endoscopy unit.”

Kildare North TD James Lawless (FF) welcomed the planning extension but said it also serves to highlight the HSE “have stalled on this project since the original planning was granted in 2014.”

He said the endoscopy unit in particular is “badly needed.”

“It is imperative that the HSE now press ahead with funding and concrete plans to develop this needed extension,” he said.
Labour Party general election candidate Emmet Stagg criticised the “Fine Gael/Independent” Government for failing to progress the plan.

Mr Stagg said the extension was supposed to go to tender and construction in 2019, but “the HSE and the Minister for Health have still not signed off on the capital plan for 2019 and subsequent years, despite the fact that we are into August of 2019.”

He said that Taoiseach Leo Varadkar, in his former role as Health minister, said in response to a Dail question over four and a half years ago it was expected that project construction could commence in the second half of 2015.

According to the HSE the hospital “is currently awaiting approval to proceed to tender for this development.”

The Dublin Midland Hospital Group (DMHG — of which Naas is part) said that it continues to work on its strategic aims of improving access for patients, expanding services to respond in growth in demand and work in partnership to integrate across hospitals and community services.

Kildare South TD Martin Heydon (FG) said the expansion is a priority for him and he has organised meetings between senior management of the hospital and Minister Harris and his officials, both in Kildare and in the Dáil, on the need for the new unit for Kildare residents and to strengthen the hospital’s position within the DMHG.

Deputy Heydon said other DMHG hospitals want the endoscopy plan to go ahead for Naas. He also said a new spending plan is being negotiated and the fact that the plan has not been published does not prevent projects, like this, being progressed.
He added he will push for the Naas plans to go to tender as fast as possible.