Dunnes Stores to open in Naas on August 22 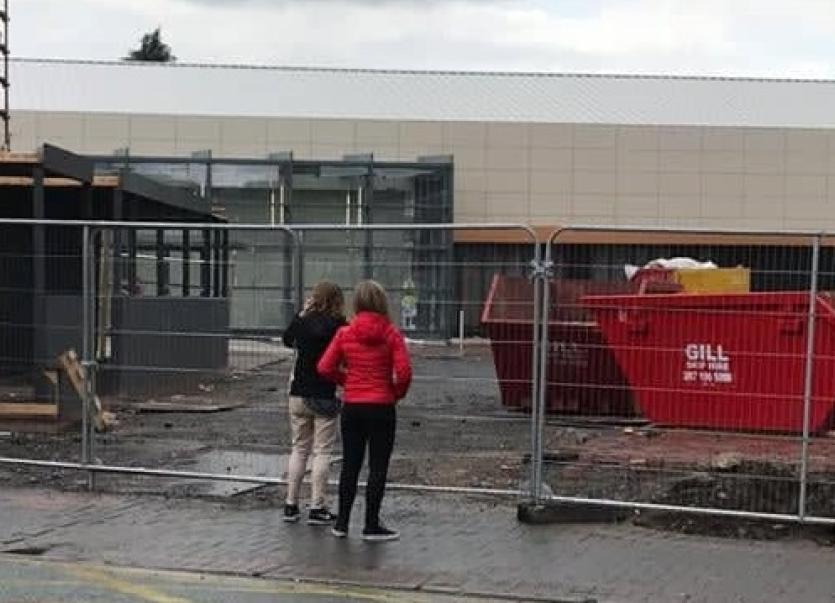 The newest addition to the Dunnes Stores stable of supermarkets looks set to open in Naas on Thursday fortnight.

Dunnes Stores has not responded to requests for comment, but the Leader understands that most of the stocking of the new store will take place on August 21 with the opening pencilled in for August 22 at the former Superquinn site.

Dunnes Stores, also has supermarkets in Newbridge and Blessington though it’s understood that, unlike these, the Naas store will be a food only outlet.

At the same time the former Grandstand pub building to the front on North Main Street is being restored to be used by an independent retailer, with two apartments overhead.

The redbrick Grandstand building is a protected structure and the reconstruction job  is a tedious and meticulous task, requiring the removal and reinstatement of the original stonework “brick by brick”.

The premises had not been used for some time and was in a considerable state of disrepair.

It was necessary to deploy a significant support framework using structural steel to the side of the building while this proceeds.

It is also understood that much of these fittings will, of  necessity, still be in place when the store opens - but any inconvenience to shoppers will be minimal.

The Superquinn store closed in February 2011 with the loss of 110 jobs and the site, which occupies 1.3 acres and had 60 parking spaces, has been vacant since.

The Dunnes car park will have 58 spaces.