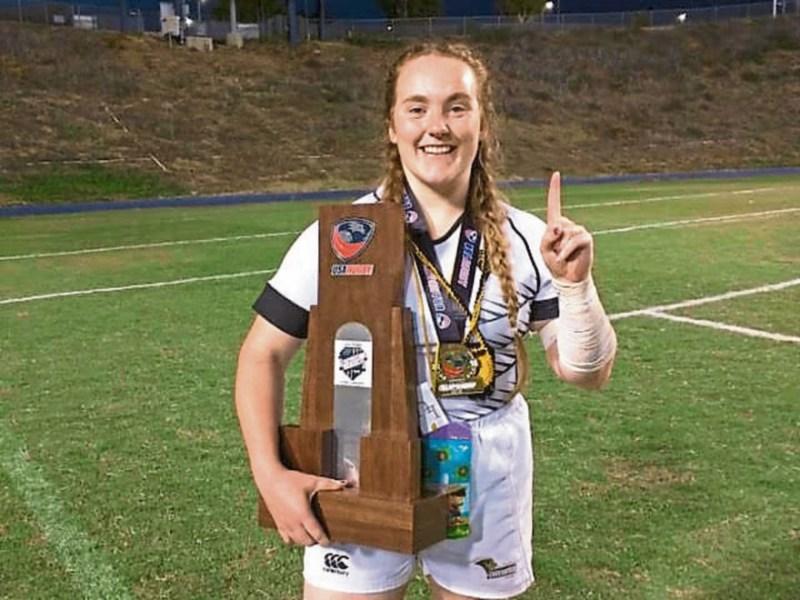 Mary Healy with a championship trophy won with Lindenwood University

A former member of Naas RFC is making waves on the US college rugby scene.

Mary Healy, 21, is a scholarship student at Lindenwood University in St Charles, Missouri, a city with a population of about 66,000.

Lindenwood won the national championship two months ago, defeating Life University at the Stanford University in California on a scoreline of 36-19.

“Never ever growing up did I think at the age of 21 that I could get so far doing something I love to do and getting to see the world at the same time,” said Mary.

Mary, who hopes to graduate with degrees in athletic training and exercise science in 2021 wants to represent Ireland at full international level.

A farm family native of Dunlavin, she started to play rugby at St Kevin’s Community College as a 16-year-old transition year student. Her father Henry is from Dunlavin and mother Paula (Price) hails from Rathangan. Mary is the eldest of four — Patrick, 20, is a DIT student while Henry, 18, and Dolores, 14, attend St Kevin’s CC. She played Gaelic football and represented Wicklow but the decision to join the Naas club was the turning point for her.

“I went with some other girls and I met Emily McKeown and dad David McKeown who looks after the under 18 team. David was so nice and welcoming and I was made to feel at home.”

Not long afterwards she scored her first try for Naas.

“After about a season and a half I tried out for the Leinster sevens team in 2015. I didn’t think I was good enough and I was over the moon when I made the team and played Munster, Connacht and Leinster in Dublin City University.”

They won the interprovincial competition and she was called up to the Leinster fifteen a side team, which swept all before them in the interpro series.

As a Naas player she generally played in the backs as an inside or outside centre but Leinster wanted to convert her into a prop.

“At first I wasn’t happy with the idea but I just put my head down and did what I was asked.”

She then began applying to universities around the world with recommendations from Mr McKeown and Kevin Greene, another Naas RFC stalwart and “to this day I cannot thank them enough for what they did.”

She left for Lindenwood in August 2016.

While she initially struggled with the humid weather conditions, Mary adjusted to a regime which saw her train every day and with weights four times a week.

She gradually made her way onto the college’s first team.

Mary intends to continue to play and train.

“After graduating I would like to continue to play rugby at a high level. The dream for me is to wear the Ireland jersey at some time in the future.” 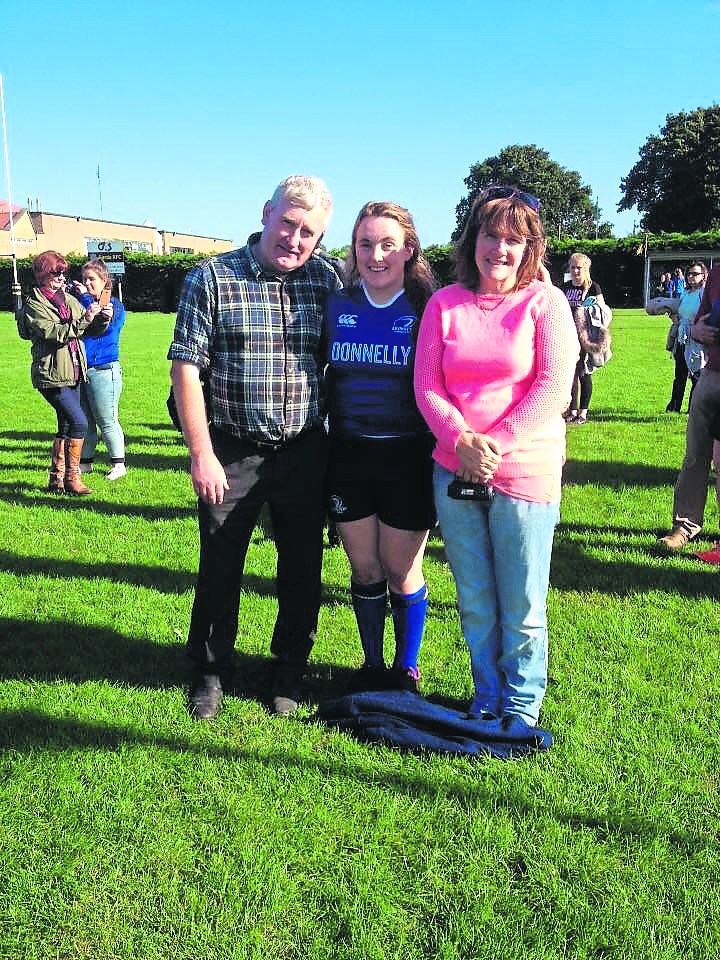 Mary with her father Henry and mother Paula