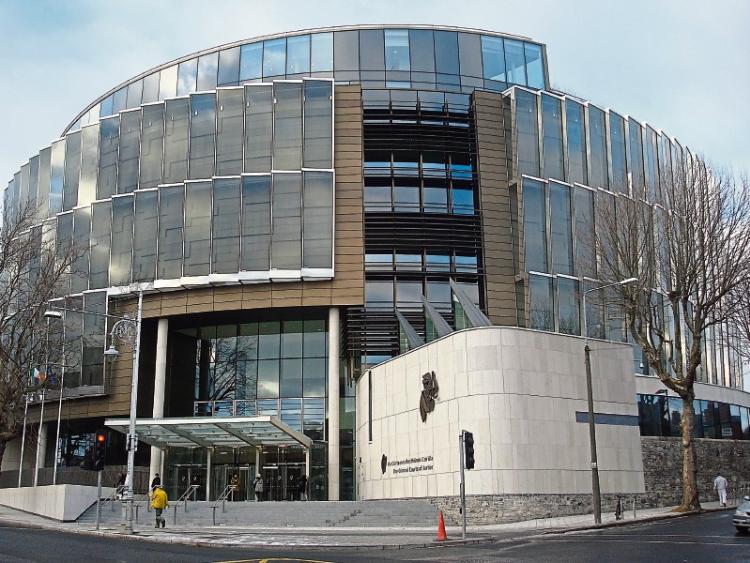 A Dublin man will be sentenced at the Special Criminal Court later this month for possessing €1.25 million worth of heroin.

Michael Brady (54), with an address in south Dublin, was found guilty in June of possessing the drugs at an apartment at Sallins Bridge, in Sallins, Naas, Co Kildare on January 24, 2017.

The trial heard that €1.25 million worth of heroin, €1.5 million worth of cocaine and €1,000 worth of cannabis was found at the premises, in the base of one of the beds. Gardaí also seized a 7.62 x 39mm calibre VZ 58 assault rifle and a variety of ammunition.

Brady was found not (NOT) guilty by the three-judge non-jury court of possessing the cocaine and cannabis. He had earlier been found not guilty of possessing the assault rifle by direction of the court. Another charge accusing him of possessing three ammunition magazines was also withdrawn by the State. Brady had denied all charges.

At a sentence hearing today, Monday July 14, Brady’s barrister, Dominic McGinn SC, said his client was not significantly involved in “this criminal organisation” and his involvement in looking after the consignment of drugs was at the “lowest end”.

Mr McGinn said Brady was not the target of the garda surveillance operation, did not have an “extensive criminal history” and was not a “hardened criminal”.

He said Brady had a history of work throughout his life, particularly with the film industry, and the “handling” of dogs.

He said a former fellow inmate of his client, a drug addict for 27 years, was prepared to give evidence in court on Brady’s positive influence on him in becoming drug free for the past 11 months.

Mr McGinn asked the court to structure a sentence so his client would not spend any additional time in custody. Brady has been in custody now for more than two years, the court heard.

Mr Justice Paul Coffey, presiding alongside Judge Gerard Griffin and Judge David McHugh, said the court hoped to deliver sentence on July 29 next. Brady was remanded in custody until that date.

Finding Brady guilty of possessing the heroin in June, Mr Justice Coffey said the “most critical” of the defendant's fingerprints were found on blocks of heroin, showing there had been "direct contact”.

Mr Justice Coffey said there was "compelling evidence" to prove that the accused man knew there were drugs present in the base of the bed. However, there was no evidence to connect him to the cocaine and cannabis.

The judge noted that Michael Brady was not "a target" of the surveillance operation, which took place at Greenogue Business Park on January 24, nor was he a person of interest to gardai. The house at Sallins Bridge was under surveillance arsing from a belief by gardai that there was a link between it and Declan Brady, said the judge.

Declan Brady (53), Michael Brady’s brother, was jailed for 10-and-a-half years on Monday (TODAY JULY 15) for minding an “arsenal” of firearms and ammunition at Unit 52, Block 503, Grants Drive, Greenogue Business Park, Rathcoole, Co Dublin. The Special Criminal Court found Declan Brady was tasked by senior criminal figures abroad to supervise the arsenal, that was assembled to “support and sustain organised crime of the most serious nature”.

Mr Justice Coffey outlined that Michael Brady had told gardai in his interviews that he was looking after dogs belonging to his brother Declan at Sallins Bridge and had been living there for the previous eight months. The defendant had also informed gardai that he did not know why ammunition was in the house and he lived a separate life to his brother, said the judge, adding that he also denied involvement in any criminal organisation.

The judge said that the accused had given evidence in the trial that he was in Sallins Bridge to look after dogs and he knew nothing about drugs, a rifle or ammunition. When asked about his fingermarks which were found on blocks of drugs in the base of the bed, the defendant said he could have accidentally touched the packets in the house without knowing he had done so, said the judge.

The prosecution’s case was that the accused’s fingerprints were found on six items in the base of a bed, including a block of diamorphine, said the judge, adding that the State’s case was further advanced by circumstantial evidence that Michael Brady had been living at the address “on and off” for about a year and had unrestricted access to the room in which the items were found.

Mr Justice Coffey said that the court was satisfied beyond all reasonable doubt that it was not an “unfortunate coincidence” that the defendant’s fingerprints were found on six items concealed under the base of the bed. Brady also chose to give a false name and address to gardai upon his arrest, said the judge.

The court rejected the suggestion by the defence that it was reasonably possible that persons not before the court had entered the premises between January 24 and 28 and placed the drugs in the base of the bed.