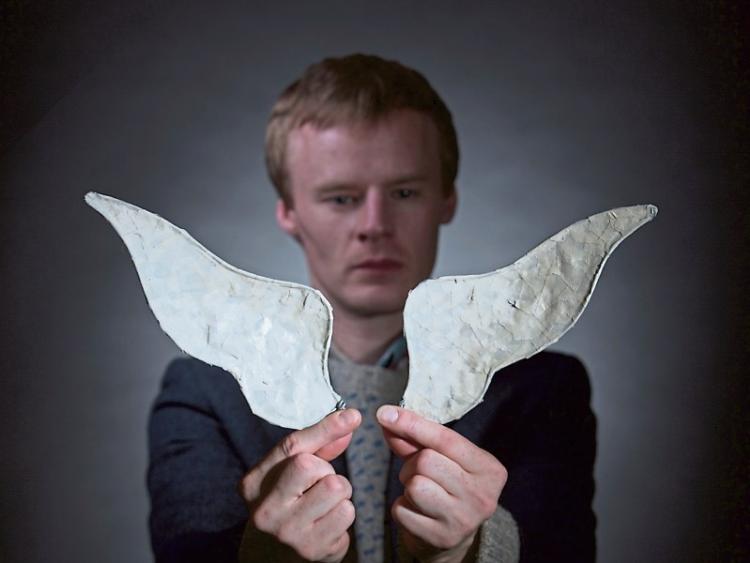 Based on a short story by Colombian writer Gabriel García Márquez, this will be a performance for all ages, brought to vivid life on stage using music, puppetry, and live video projection.

Described as "one of the finest groups of artists to emerge in recent years" by The Irish Times, Collapsing Horse has been developing this new play over a year- long residency in the county, supported by Kildare Library and Arts Service and Riverbank Arts Centre.

Dan Colley, artistic director of Collapsing Horse, hosted a series of puppetry and storytelling workshops with people of all ages and life stages throughout Kildare.

“Through a series of workshops, I've introduced people aged 8 to 80 to the techniques of puppetry and the story of A Very Old Man With Enormous Wings and this has prompted discussions about theatre, magic and suspension of disbelief.

“These workshops have gone on to inform the work we're doing with the play and also to give an early insight for Kildare audiences into the theatre being made at Riverbank Arts Centre."

The original story is classic magic-realist fable, by Nobel Prize winning author García Márquez. A young couple find an injured old man outside their house, an old man who just happens to have a pair of enormous wings.

The wise neighbour woman tells them he’s an angel. She warns them to keep their distance. The priest says he’s an imposter. He warns them not to be tricked. The doctor examines him. He thinks more men should have wings.

As pilgrims flock to see him, hoping to be healed by him, hoping for a gawp, they leave with something different than what they expected.

"I was drawn to the story because of the magical-realist quality of it; the way in which it makes magic seem so everyday,” Mr Colley explains. “I think there's something in the child's perspective on the world that's naturally magical. The lines between ‘real’ and ‘fantasy’ easily blur.

“What this piece does is puts the whole audience, children and adults, in the same position, creating the possibility of ordinary everyday magic that pops out of a domestic storytelling scene."

The excellent cast, Manus Halligan and Genevieve Hulme Beaman, add to the magic of this production and the creative team includes composer Alma Kelliher (the musical brain behind the international hit, Riot) and designer Andrew Clancy.

Riverbank Arts Centre director Linda Geraghty is thrilled to have the premiere of this play in Newbridge, and to have had the company in residence over the last year.

“Collapsing Horse is currently one of the most innovative theatre companies in Ireland. They have toured to Edinburgh, New York and Moscow with vibrant productions that entrance young audiences and delight all adventurous theatre goers.

“Having the company in residence at Riverbank Arts Centre has enabled Dan Colley and team share the creative process with groups like Griese Youth Theatre in Ballitore, Kildare Youth Theatre in Newbridge and the University of the Third Age in Maynooth.

“Wherever this production tours in the future, Kildare will have played a part in its creation and we are proud to present the world premiere.”